We left things with Martin & James having cracked the German line .. but of course there was the inevitable counter attack element to sort out.  This consisted of two Panthers and a Panzer Grenadier platoon . 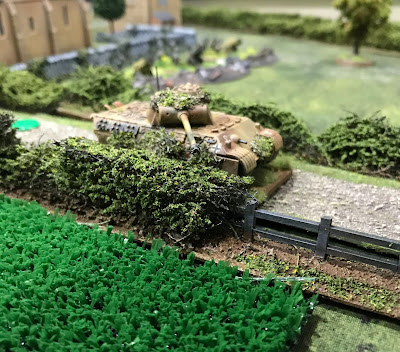 The Panthers produced the expected  “oh shit “ response .. as they advanced and picked off a couple of tanks each . The Panzer Grenadiers and thier Panzerschrecks started firing , but not overly effectively however! Drat!

However a US airstrike on the church had knocked out the main artillery observer who had the best lines of sight , which was limiting barrage options 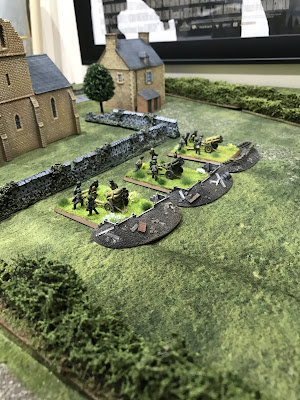 The American paras were intent on killing the HMG teams in the centre and having done one painful assault, withthe help of a couple of Sherman’s they  did it ..but it was costly . 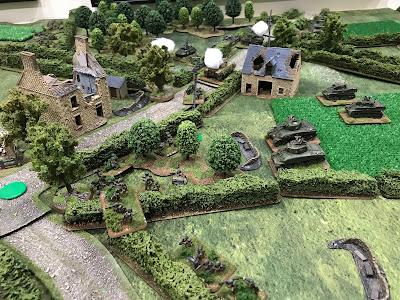 One of the Panthers was flanked by M5 Stuart’s and some M8 Greyhounds (that has turned up on the right flank as a result of a string of random events ) , and was knocked out .

A Cub ,airborne spotter turned up , braving the flak and started calling in revenge on an 88. 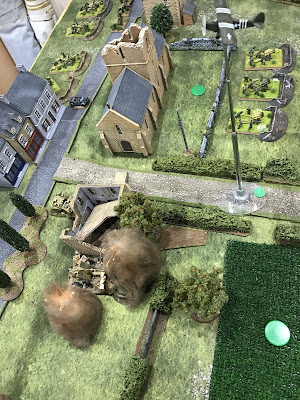 The Germans were left holding on to the last building before the main village .. 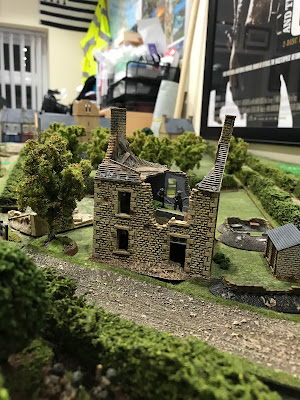 \
American firepower and extra numbers was beginning to tell . And the lack of German infantry numbers in the end saw the German armour retreat and the artillery start to limber  up and bug out ..

The village of St Martin L’Eglise was left to the US forces . Though we nicked all the booze and cheese on the way out ..

It had cost the US forces a platoon of paratroopers (mostly all 2nd Platoon, and 4 armoured vehicles )

It’s been a good few nights gaming ,, away from the hassle of day job Covid  .. .