Continuing on with the Omdurman theme , I need to have the 21st Lancers represented . As it wasn’t a unit that’s was particularly on my radar to complete for the collection overall I have just kept it to the  few figures I had in the depth of the lead pile. These are a bit unusual though. They are a one piece casting that has all the look of a Peter Gilder sculpt , but don’t match anything I can find from the old Connoisseur catalogue . I picked them up off e bay  many years ago ..

I decided to base them as a unit as per that other large army loon Simon Miller... using one  of his 20cm large bases .

I soldered the lances into place so  they have an at the charge appearance too. Now if only I can find some more I would make a bigger unit 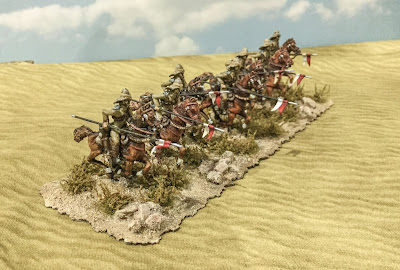 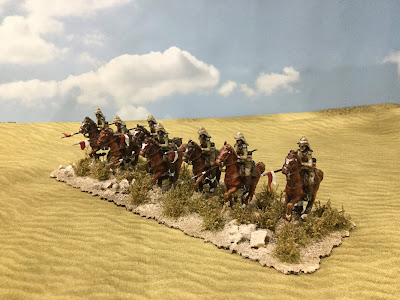 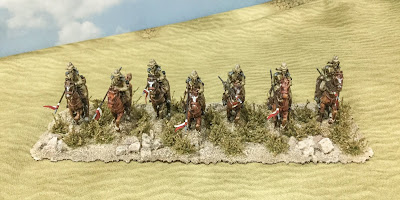 Anyways that is the prep work all done for filming the battle of Omdurman. 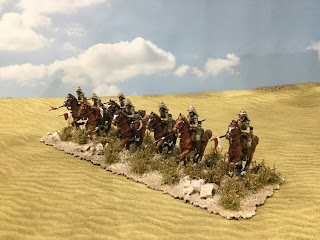