After a summer of house project work I have finally been able to get the paint desk cleared and get on with some of the pain table lurkers . With an upcoming game at Partizan in October I wanted clear out a few bits .

First up was a die cast Huey Cobra. It’s had two crew figures added from Full Metal Miniatures and Gringo40s.  The ground crew is by Gringo40s- a great figure . The helicopter-pad is made from A4 MDF and some 10mm XPS with some sandbags picked up from Pendrakem. 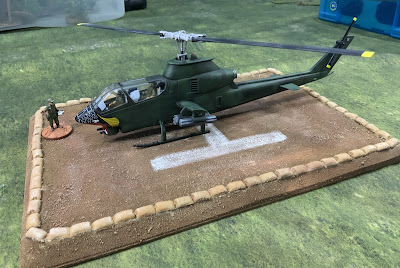 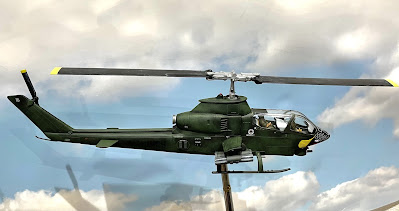 I have also added in a set of NVA Sappers from Gringo40s. 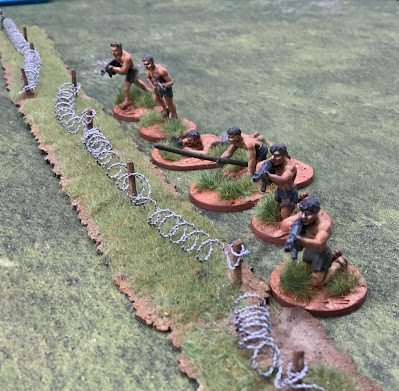 And finally a set of civilians from Empress , plus some pigs picked up from Pendraken .

A fairly productive couple of days.

Martin , James and I met up to run a second part playtest today fir our game at Partizan in October . This time it was the Firebase part of the game , and how we would deal with a major assault on it . 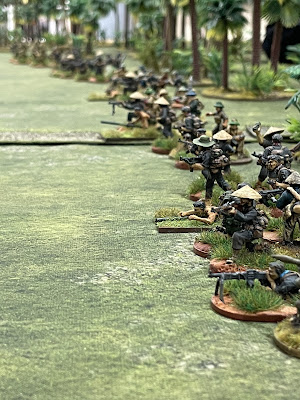 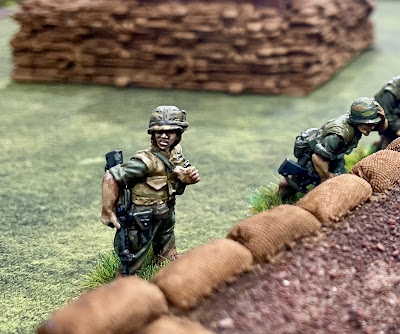 A couple of units of Marines in the Firebase . The attack would be at night with an element of surprise.
We used the blinds to provide yet more uncertainty . 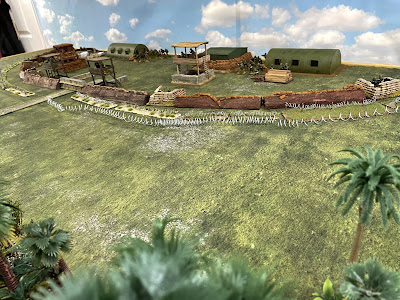 Martin has built most of the parts we need . I still need to finish off the wire sections . 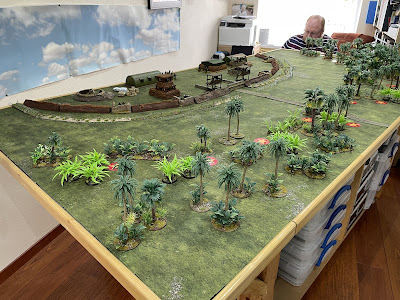 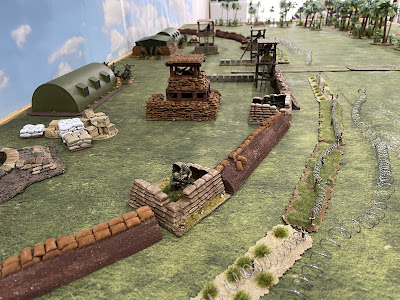 The attack built up until  we had all my VC and NVA on the table - about 100 figures. I have about 50 more to finish in due course . 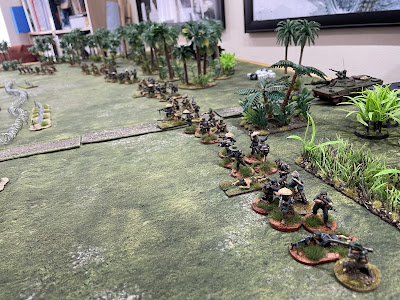 VC/NVA casualties were enormous with little impact until the last turn where a number of the MG positions were knocked out . 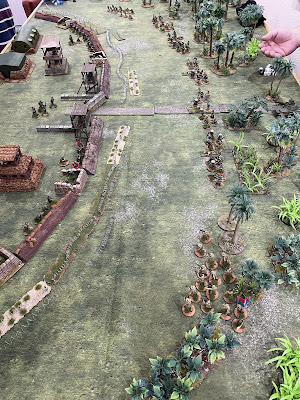 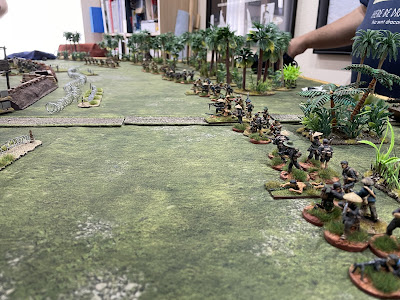 Overall a good tester and some extra rules tweaks decided on .