Next week I am off to Antwerp for the CRISIS show . I really enjoyed it last year. I picked up items exclusively from the non UK traders. I have a small shopping list of items again this year to finish the pre winter top up off -terrain bits, flags, , maybe a few figures - we will see.

I am hoping to catch up with some of the European blog guys for a chat , coffee or beer - so if you are going drop me a commentated lets see if we can arrange a meet. 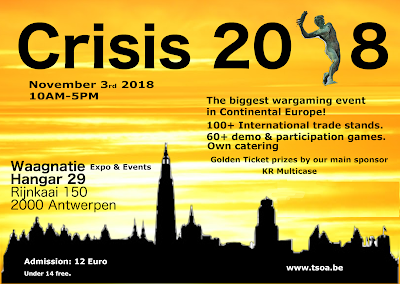 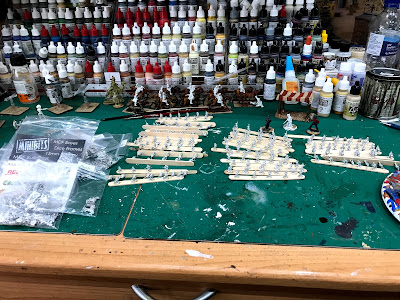 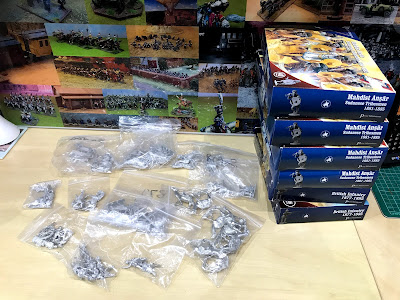 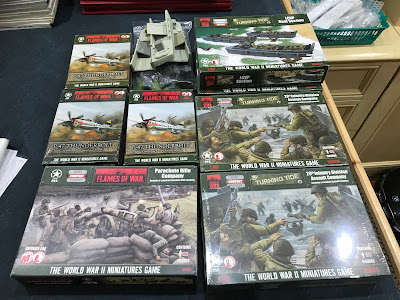 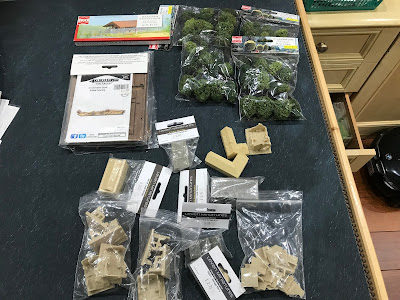 Sudan - The big game - Relief of Khartoum - thanks and phew!

It's been a really great weekend of gaming. Finally after 5 years of work on the Sudan project the long envisaged big game came off. We had the whole collection on the table, almost 3000 figures that I have painted , and all the terrain items. It’s a big itch scratched !

I had devised a scenario for 7 - 8 people to play in, based on the expedition to relieve General Gordon at Khartoum . We all met up at Marks Wargames holiday Centre just outside Basingstoke on Friday afternoon. The rules being used were Sands of Sudan with a few tweaks from me. I would be making changes as I went along while doing the umpire role to help balance things out. You can see lots of pictures in the  4 previous posts.

First off a thanks to Mark for hosting us and  to Carlo Pagano (Pyjamas through the desert blog)who managed to recreate the rules from various scraps of information. Carlo also supplied a bunch of extra play sheets for free. The guys (aka other loons) from the annual Analogue Hobbies Painting Challenge ,who have been encouraging the never ending painting over the many years- Paul O from the Tasmancave sent me a captain figure for my new steamer - cheers mate.  Chris (Itinerant Waragamer) for making a fine large river board for the steamers to play on.

A big thank you must also go to the players who really got into the spirit of it all - so Tony, John, Brian, Bob , Dean,, Andy and Mark - thank you!

The OOB and briefing and some mechanism notes over and above the quick reference charts were distributed with most players taking the role of imperial commanders. On Friday and Saturday there were to be two simultaneous games going on with each using half the tables - effectively a 12 x 12 table each. The various casualties and ammunition expenditure (a finite resource for the imperials ) were to be carried over into the final Sunday game.

The Sunday game saw Khartoum in the middle of the table with the relief forces heading from either end. The twist was that any casualties a force caused would recycle back onto the table but opposite the other relief force.

The imperial commanders were also vying for "prestige" trying to out do each other with prestige points being awarded or deducted for :-
winning / losing a melee
wiping out enemy units.
capturing standards
acts of derring do - or buffoonery
publicity - telling tales to the war reporters of their deeds , or their peers failings.
Being first to reach Gordon.

The guys really got into the spirit of this and there was a lot of laughter when they claimed their "prestige points" each turn . In the end Dean claimed the honours - well done sir!

The classic one for me was Bob who was in desperate straights facing a horde of charging troops deciding he had to select to fire all 20 rounds from his Gardner gun - needing to roll a 20 to not jam it - who then rolled a 20 and accompanied it with a "1"  which made it the most effective hit possible, - the stuff legends are made of! Then again John had Major Kitchener carefully scouring the field looking for fallen mahdist flags when units had been destroyed and returning them to show off in front of the war correspondents.

So a few things I will be working on coming up :-

Some extra rules tweaks to make it more a two side game with players doing more of the mahdists moves, but still retain the key elements of the random card and disc systems. Add in a simple moral system. Add in a simple random fire effect when being charged.
Change a few of the modifier tables - getting my head around a 1 being good and 6 bad just seems counter intuitive.
Get the new random events cards made up into a proper deck. (the memsaabs want to go shopping... leaving the column in a random direction, the Nile falls - to slow the steamers , who left that gate open for the city and a few more yet)
Complete some more bits for the armies - horse holders and close order troops for my mounted infantry.
Extra terrain for a more accurate rendition of the walls at Khartoum.
Dhows for the mahdists forces to make more of river game.
I may actually need MORE mahdists, more Ansar to balance the Beja numbers.
A few "big" guns for mahdist river forts .
Some extra casualty markers .
work out how to weave my FFL into this too!!

All in all phew - its good its done , and I have been in discussion with Mark and we will be looking to run the game again next May with luck.
Posted by DaveD at 17:00 30 comments:

pictures from the seconds days action. Which was a game played across the whole table . Khartoum is in the centre with the 2 relief forces heading in from each end , with about 12 foot of table to cover. Any casualties caused to the Mahdist forces , were recycled so they appear at the the rend of the table fighting the other column - he , he!!

Sudan .The relief of Gordon Part 1

The Imperial columns have set off. Two games running along side . The desert column and the Suakin to Berber railway .

Sudan. Time for THE big game

Today sees the first of the big games at the Mark Freeths Wargames Holiday Centre. Memories of  the pictures of the original Peter Gilder collection in the 80s is what inspired me to do my own thing. Well 5 years later it’s great to be here with some old friends , and some new ones. Thanks to Carlo Pagano for his work with re creating the rules and for supplying extra play sheets etc.

I will have every single figure , over 2500 of them out of this weekend .. it’s already starting to look good, will the Imperial relief columns save Gordon?  . 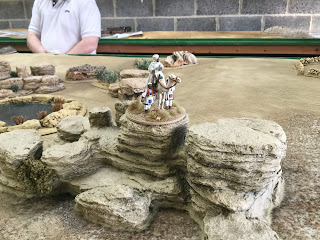 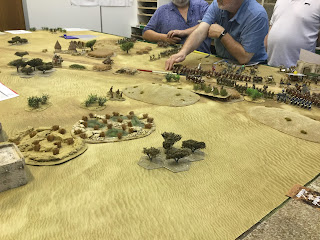 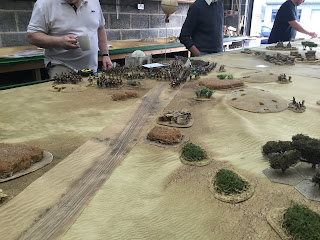 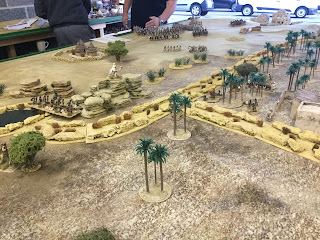 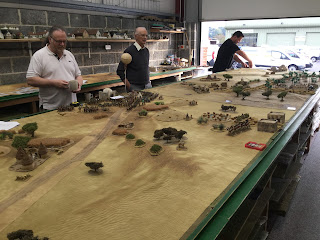 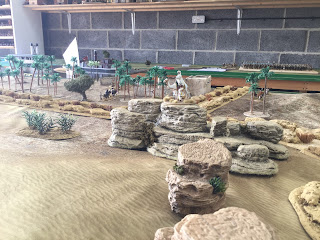 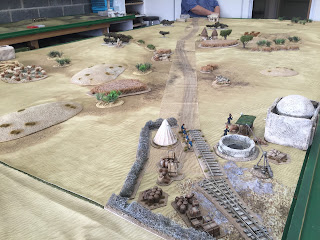 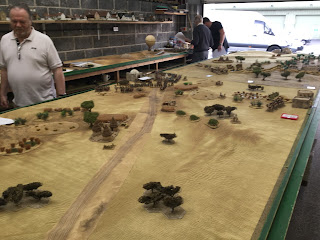 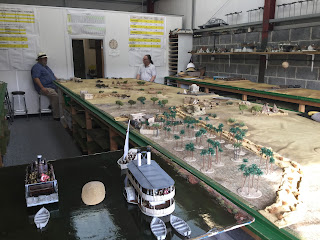 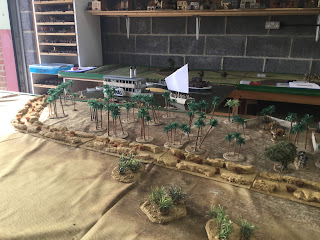 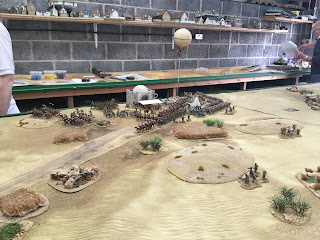