A return of the 54mm Cowboys. This time the Pale Rider. Again it's by Andrea Miniatures. It's been sitting undercoated staring at me for the last 12 months , so I thought I would finish him off to help get my eye back in to proper painting. The casting as usual from Andrea was crisp and clean. 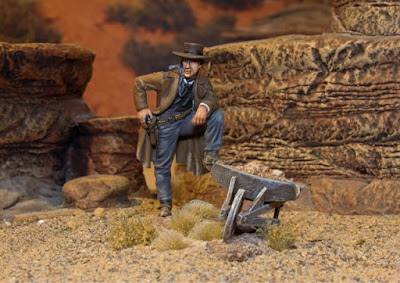 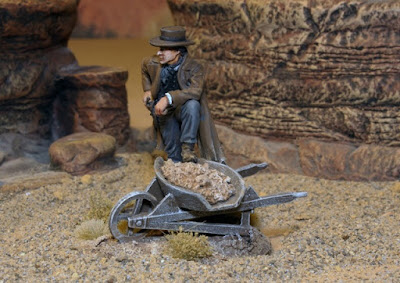 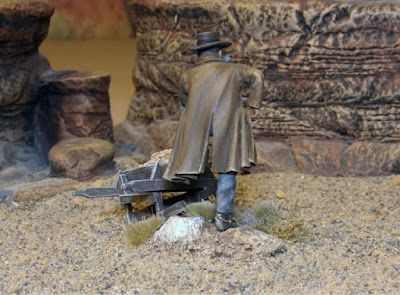 Completed using a variety of Scale75 and Andrea Paint sets.

Here we have the classic unit for the Sudan, the Camel Corps. This unit was made up of an amalgam of various units and attached to the desert column. Here we have the Guards Camel Regt, Heavy Camel Regt and the Mounted Infantry Camel Regt. I still have the Light Camel Regiment (which was left at Korti guarding supplies) to do. I will do those with scarlet tunics -because I think they will look good!

This is a major unit for the collection with both mounted, dismounted close order and skirmish formations to complete. It was also a major economic investments (have you seen the price of 28mm camels and troopers!)  Fortunately I got a cracking deal on all the castings from James at Bicorne miniatures with 20% off and free postage.

Each camel has been given a slight tweak with the heads and necks bent slightly with variations of left/right/up/down to suggest more movement across the unit. Likewise a number of troopers heads are turned left or right for the same reason. I think 36 figures all the same would look very static do it was worth spending an hour or so sorting them out. The camels have been painted in a range of colours but generally a darker colour than my Mahdist force ones. The British were forced to buy up as many as they could find to make the corps and a number of these were of poor quality and blood stock which from reading have been described as darker in colour.

These are all classic Connoisseur Miniatures - still by far my favourite camels.They are bulkier and have more presence the Perry ones and far easier to clean up.

The dismounted close order troops will be along shortly.
Posted by DaveD at 13:38 10 comments:

The brushes are out for the first time this year. I am back to The Sudan with the Camel Corps being the first target. It's a large unit project, with mounted versions, dismounted close order , and dismounted skirmish formations. To my mind it's the unit you just have to have for the Sudan

A few different base colours used for the horde of camels. 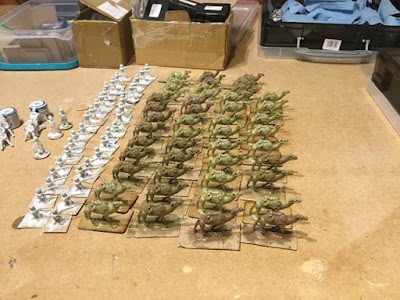 Plenty of time set aside this weekend to crack on with these.