Normandy 44 - The Battle of Le Petit-Clelland

James brought over more scatter terrain to add to what I had already set up and his Germans. We cluttered the table up some more. By time we were adding troops it was looking very good.


Our scenario had Martins paras assembling in the night to capture the two bridges from the Germans and hold until relieved by my US forces - who were in no rush! 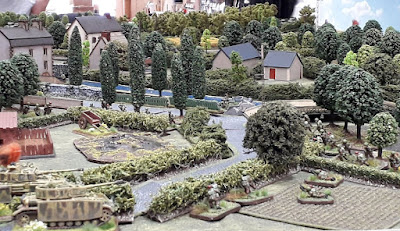 The action was intense south of the village with Martin chucking everything at James's reinforcing tanks.

Meanwhile , my lead recon scouted the lanes looking for an easy way through 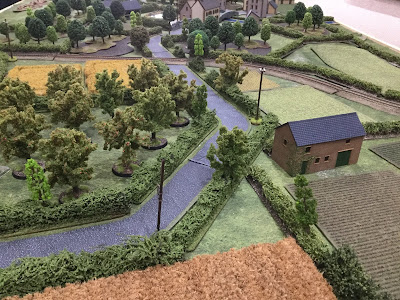 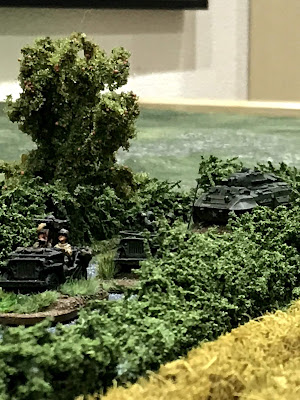 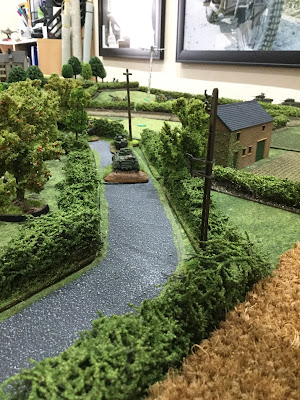 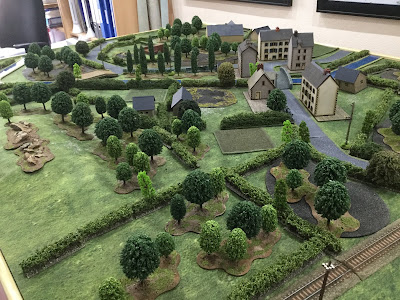 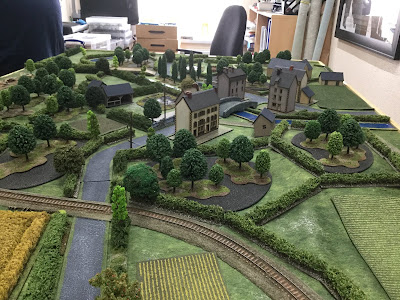 Martins paras had a great game clearing out the defenders and coping with an uncanny ability by James of being able to roll just the right random dice to bring his forces on in the worst place for Martin!

The effort put into the terrain really payed back - we were all really pleased with the look of the table we are planning on up scaling to a 16x6 large D Day game later in the year , so will need a lot of terrain bits , but we are well on the way .
Posted by DaveD at 08:27 20 comments:

What with one thing and another I have not managed to catch up on the blog , but progress has been being made on various projects. Most notably the Normandy 44 project US forces , and terrain pieces. So much so we have a starter game today with Martin C and James M contributing troops and other bits of terrain.

More terrain pieces have been sourced - including a great looking classic Norman church from Tiger Terrain. - looking forward to painting it. 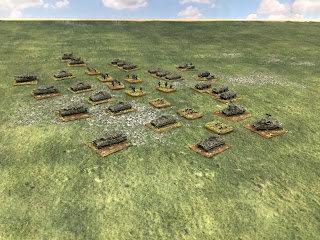 Anyway plenty to keep me busy, and I will be moving on D Day landing forces coming up .