The traditional end of year post , and Happy New Year to you lot out there. 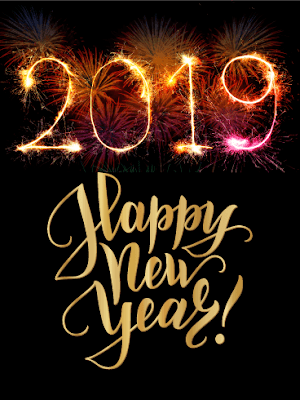 2018 feels like it’s been a good year hobby wise with the various project moving forward. The blog has had 50 posts which is about average and has sneaked past 500,000 hits as well in the last few weeks.

For shows I attended York, ran games at Hammerhead & The Other Partizan , with another visit over to Antwerp and Crisis , rounded off with gaming at Battleground. The lead mountain has been topped up ready for a lot more additions this coming year .

The Old Guard group met pretty much monthly getting games in, and I had James , Martin and Scotty  over at mine a number of times playing modems , WW2 and Wings of War.

The gaming highlight was finally running the big Sudan game at Marks Wargames Holiday Centre - it will be back there again in May 19. 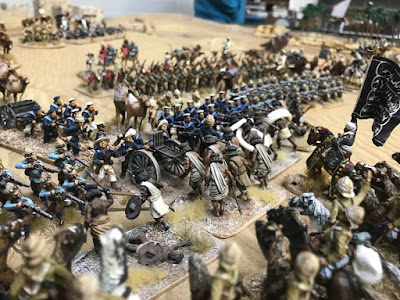 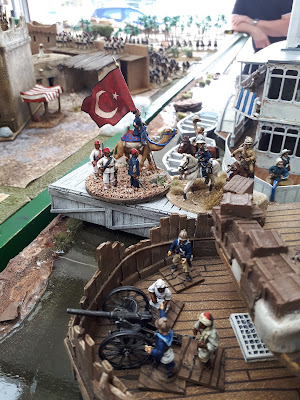 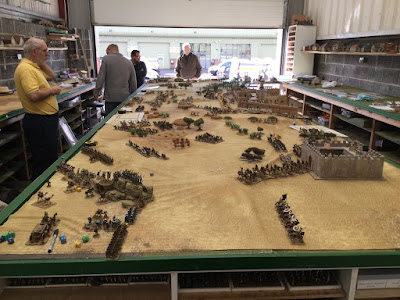 The 6mm modern project is essentially completed - odd bits n bobs as required - it had about 6 games    in the year. 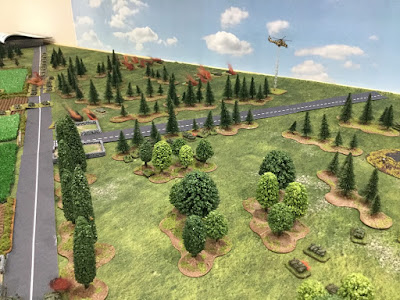 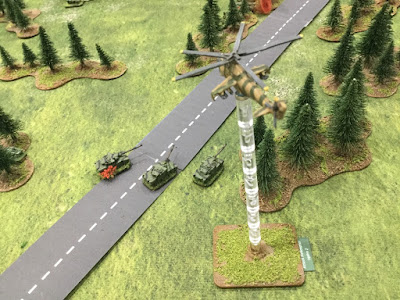 The WW2 Normandy project has about completed phase 1 , with the US armoured forces just needing a last bit of infantry adding. Next up is the D Day assault units and landing craft. Phase 3 is US Paratroops. There is still a lot more terrain to do for this too. - I hope to get a D- Day game up and running with James and Martin by May at Partizan. Again we managed a number of games this year. 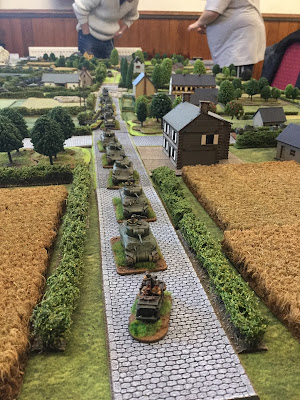 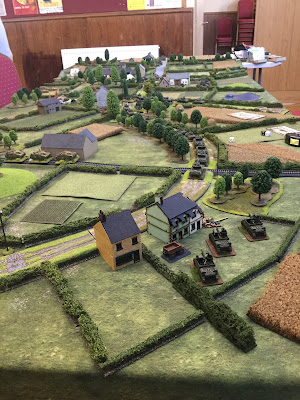 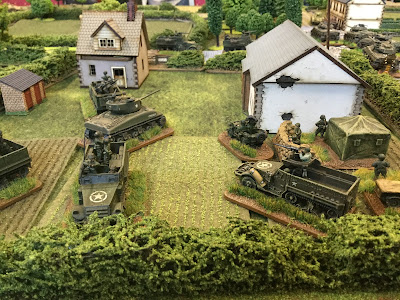 The slow burn that is the ACW project continues , I now have two Union brigades and one Confederate - with the lead for one of each in 2019 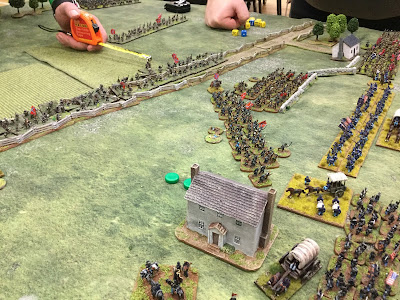 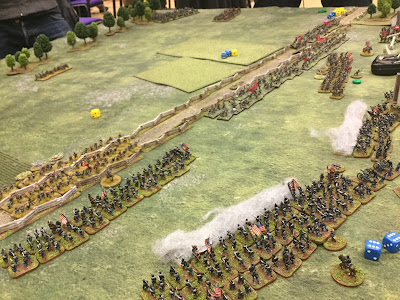 The Cowboys had a run out at Hammerhead in 2018 - it was good to get them out again . 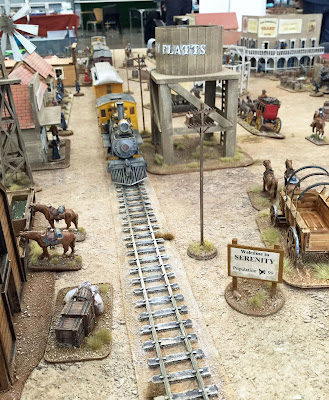 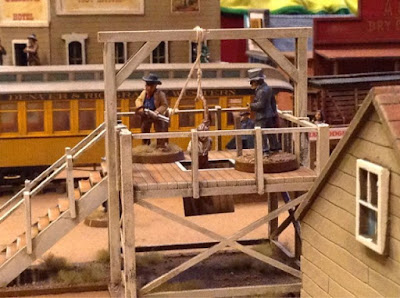 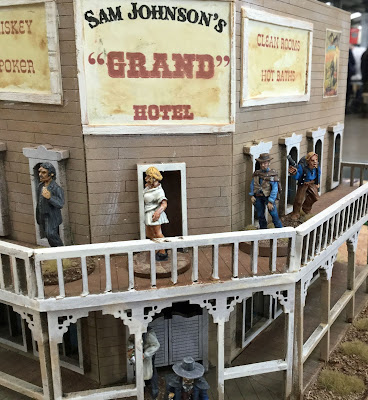 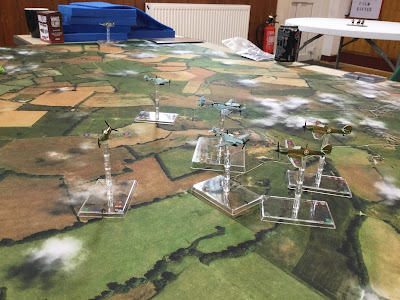 December saw Cruel Seas enter the fray - there will be a few additions - I want/need a big ship! 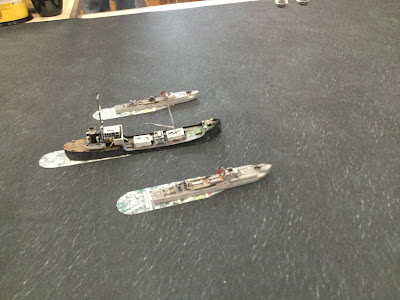 reading that back - it has been a good year!

Next up is a participation game at Hammerhead with Martin , James and Scotty - Pulp 1930s South Sea islands peril!

So - all the the very best for the New Year..

The local group has a games day tomorrow so I have been hustling along with some forces for each side. I have completed a couple of vessels for my German forces .

I have added some crew figures to these using some spares box Heroics and Ros 1/300th infantry figures,  cutting weapons off advancing figures to have them manning guns, and using a pointing officer figure for the commander on the bridge. I think they really add to the look. 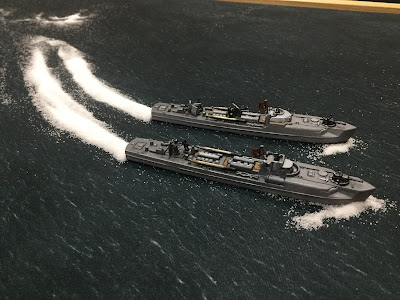 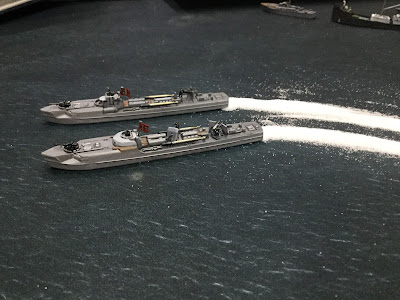 Looking forward to trying the game out tomorrow. 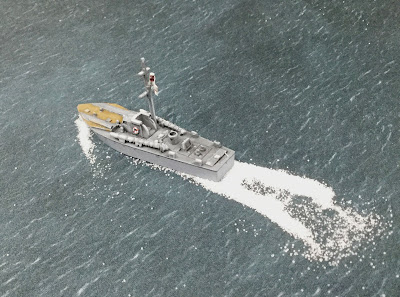 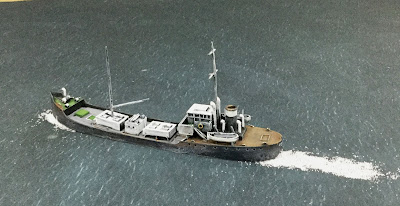 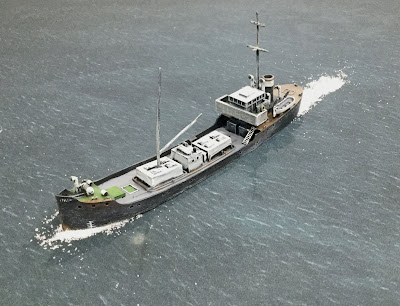 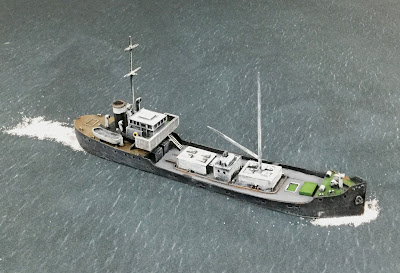 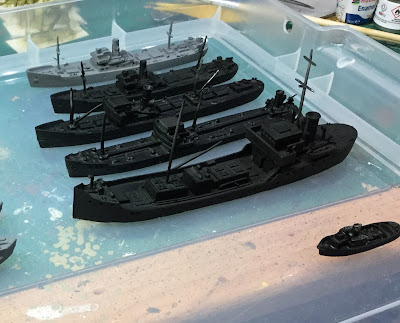 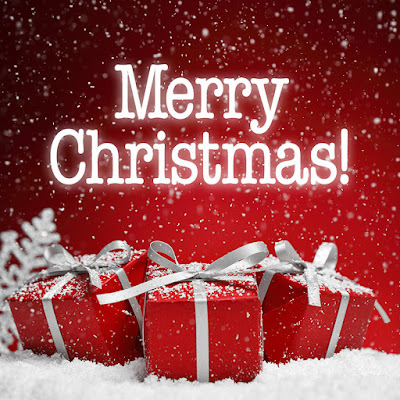 It’s that time of year again for the winter paint challenge run by Curt and the minions. (You mad fools you).  This will be my 8th entry. 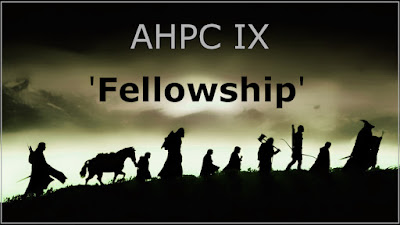 I have some stuff prepared ready to go , but perhaps not as much I would have liked , but it’s a marathon not a sprint so plenty of time. I have WW2 stuff  and terrain to do , plus a revisit to the Sudan .

I have a little side duel with Millsy going on for our points totals .

Today saw the Old Guard weekend meet. A few of us decided to do another WW2 game (Martin and co were doing a large spear chucking game  )  Given the season things have been a bit hectic so the game was not as planned as usual. The scenario we came up with consisted of my US armoured forces strung out along the table having cut off a German battlegroup trying to escape a wider encirclement - how many would escape and what would be the damage.

The play mat, some hedges and a couple of buildings and the deciduous trees are mine and the rest of the terrain is James's  stuff.


Small units of German began arriving along the 12 foot length of table searching for a way through. 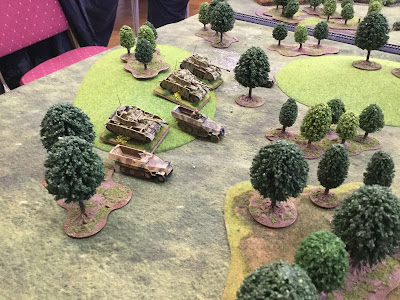 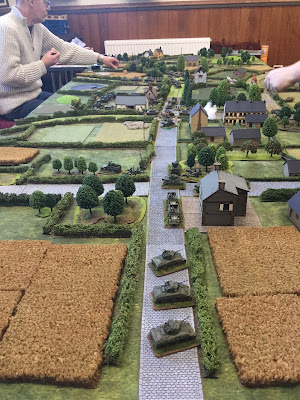 At this point we called it. It had been a good game . James had got some German forces off the board. The US tank destroyers had a good game, and racked up lots of kills - made a change for the German's to be out in the open!

We then spent some time planning for the larger 16 x 6 table that we might be getting to Partizan in May with beach and para landings.

Overall a good day out - and we have a holiday games day booked for the 30th too.