This weekend saw a run down to Newark and The Other Partizan shown along with James, Martin and Steve. We made a weekend of it , staying over and managed a few beers and curry. While sat outside drinking at The Prince Rupert we heard the unmistakable sound of a merlin engine and on looking up we say the distinctive shape of a Spitfire as it flew straight over us - a good start to the evening.

We were playing with my Sudan collection, giving a number of new units a first run out . 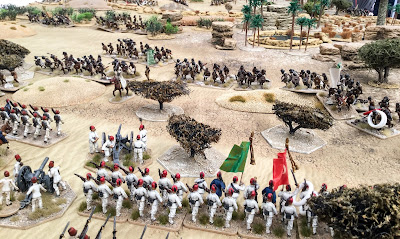 The Egyptians were at one end with a supply column , and the British at the other end - running short on supplies. 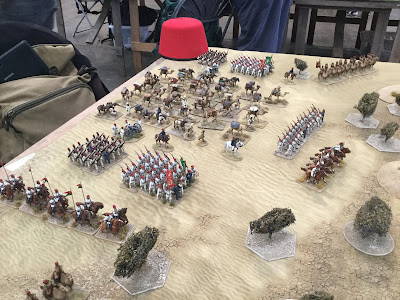 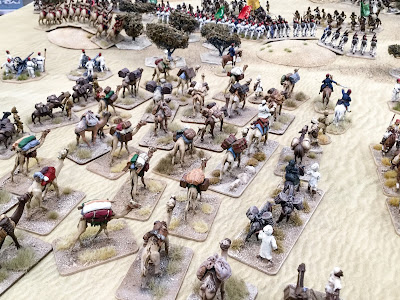 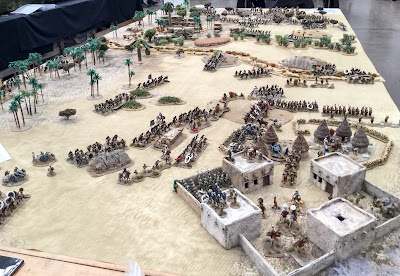 Mahdsist move in on the British garrison 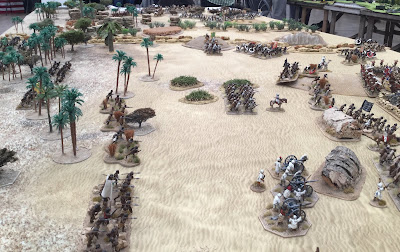 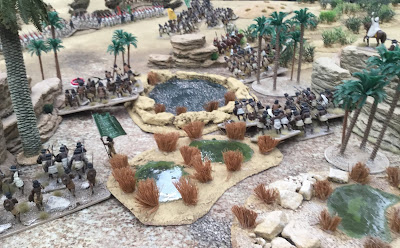 Mahdists move out from the oasis area toward the Egyptians 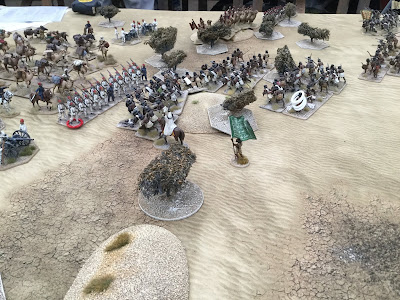 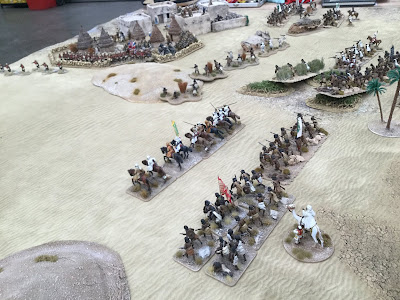 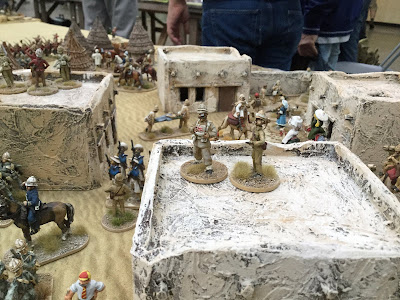 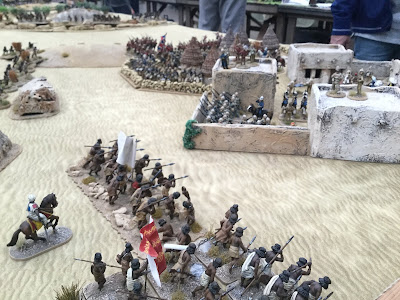 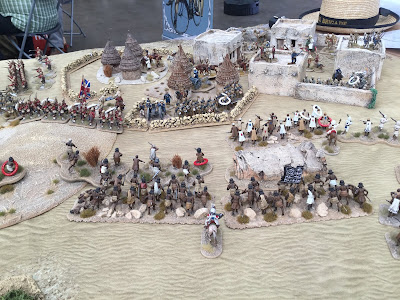 The Gardner gun did bloody murder! no jams this time! 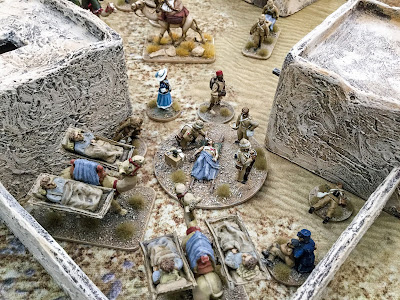 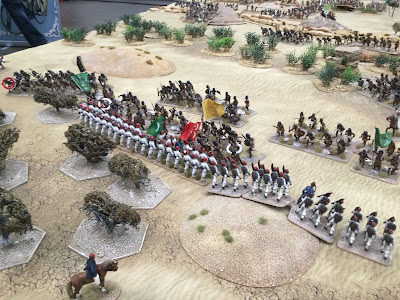 The Egyptians deploy all the fire they can.. 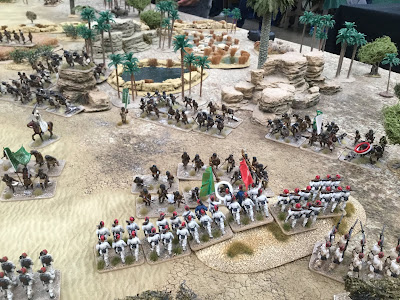 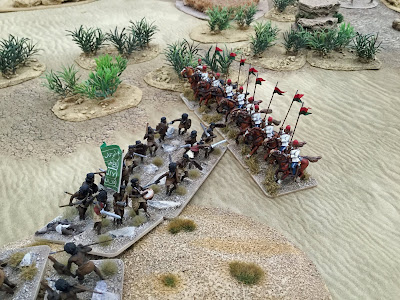 Those pesky Egyptian lancers are about again.. 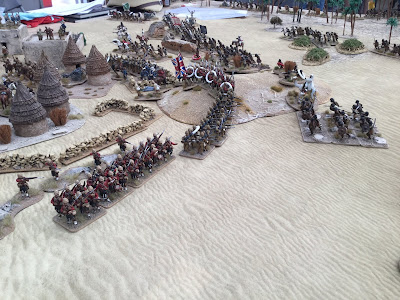 to get more fire power the British expand their lines

The mahdist did some damage to both the Egyptiand and the Brits , but their morale was incredibly fragile and broke at every opportunity pretty much , and at that the day was over!

We had a visit from Ray and Postie who had ventured north for a change - nice to see you both. There was lots a conversation with table visitors as well.

There were , as usual a number of excellent looking games , too many to do photographic justice too.

I picked up a pack of a4 ferro sheet, and matt varnish. For a Sudan lead pile stock up 3 packs of Foundry mounted infantry, another Egyptian gun, a box of British infantry, a Flashman figure, and Gordon at Khartoum vignetter piece. James gifted me a bunch of 6mm Leven miniatures building , most industrial design to expand the terrain bits for the modern collection 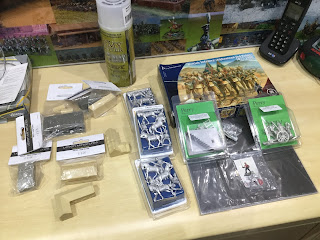 I also picked up from a pre order from Sally Forth or Really Useful Box inserts , as I am rationalising storage arrangements for the WW2 project at the moment 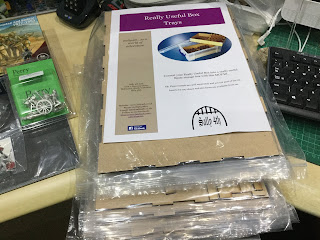 All in all , a great weekend.

Finally back to the Sudan , with a top up for my Egyptians. These have been in the lead pile for a little while - and were going to be painted last winter so its good to get them on the move . So two 36 figure infantry battallions , taking me to 5 . Plus two more Krupp  guns , to give me 4 . These are the Perry miniatures. A pretty simple paint job overall. But its been a while since proper painting with the hot summer and holidays and it was good to give the brushes a good work out. 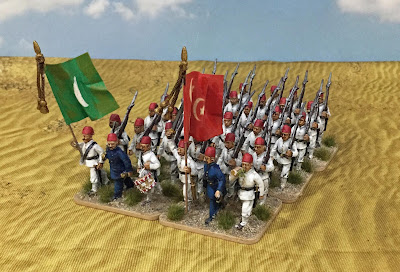 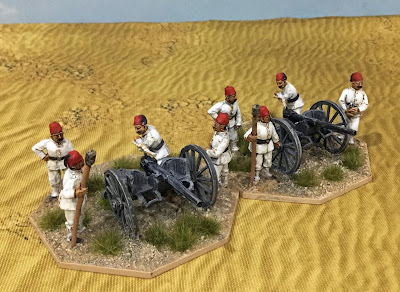 Next up will be some Sudanese units for the army
Posted by DaveD at 20:35 15 comments:

The Other Partizan Sunday 19th

I am at TOP this weekend with some of the Old Guard Group . We will have my Sudan stuff out for a bash. We are on table DG21 . Pop by and say hello if your there. 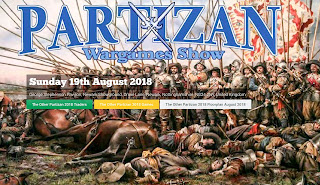