The autumn painting focus is going to be on the Vietnam project. Over the spring and summer I have built up a stash of stuff for both sides . However in a fit of polystyrene glue inspired madness I managed to pick up a pile of 1/48th aircraft/helicopter  kits . Sensibly of course I should have gone down a scale to 1/72 for these ..but no ..go big or go home eh…

The first proper aircraft to add to the US inventory is a USN Skyraider . I think this is the first larger scale aircraft I have ever done , but it was a return to early teens focus and I really enjoyed it . It does have some extra challenges , but also some easier elements too over smaller scale items. 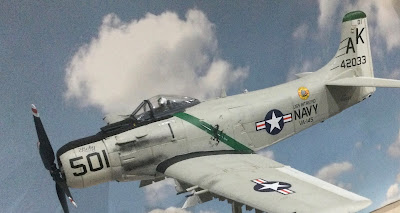 I used a Gringo40s pilot figure fur this . It needed a little modification to straighten his legs but other than that he works fine. 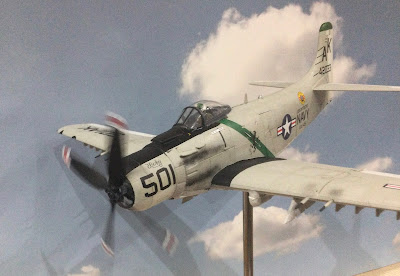 I made up a few universal flight stands for the collection during the summer which are telescopic aerial/backscratchers and some M4 nuts and bolts . They seem to be working well . I added a pile of lead weights to the bases to anchor  then down. 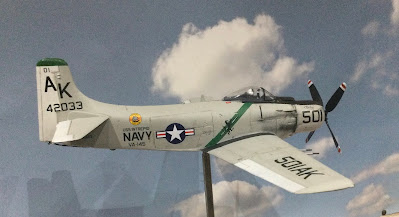 Anyway . Normal service has been resumed.
Posted by DaveD at 19:16 8 comments: