I finished off last week with a 3 day game at the WHC. A refight of the big one! The Battle of Nations. So many toys to play with it takes 3 days. I ended up being French for the first time in years. Given the job of co-ordinating the defence of Souhams & Marmonts army corps to stop the Army of Silesia, and then attempt to break out. I met some old friends from many battles fought over the years - we did wonder where exactly how many of those years had gone - especially with that old video Tony - , along with new guys. A weekend with like minded folk is good for the soul.

I managed to persuade Napoleon that we needed a little more battle cavalry to put Bluchers combined Russo-Prussian army to flight, and was delighted to have the services of the Saxon, Guard du Corps and Zastrow Kuirassier. There are a few extra rules to hamper the Saxons in this battle,but apart from one low roll they followed orders all the time. Mind refusing to charge into the routing mob in front of them was a real roll to choose to be disobedient! I guess they thought their work was done.

Thanks go to Lee Sharpe for playing out a great battle,which lasted the full 3 days. In the end the Grenadiers a Cheval really put the boot into the tired Army of Silesia - it wasn't pretty. Mark from the WHC will have a full write up on the WHC website soon. 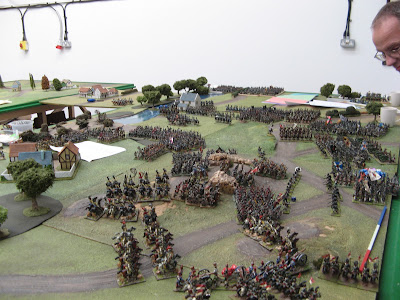 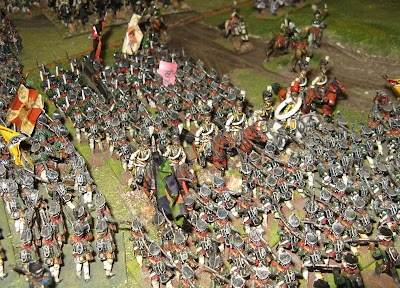 Riding down Russians, that would be two battallions destroyed then.. 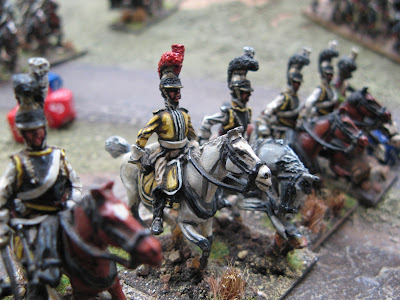 I enjoy looking at other painters creations, and these are a joy to look at. You can always pick up little tips by just looking . I may have to do some of these.

Cracking on with the Vistula Lancer  trunpeters and officers this week.
Posted by DaveD at 12:48 3 comments:

Finished off the fusiliers for the Vistula Infantry. Very pleased with how these turned out. The castings by "Elite" are first class. It was nice to not have them looking up at the sky as they sometimes seem to be. 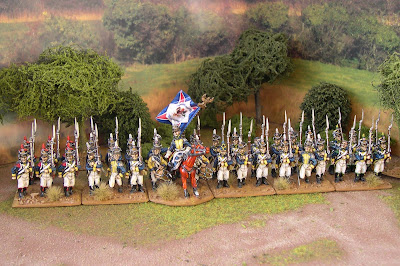 Groundwork and photo courtesy of John D
I have also started work on the painting of the Vistula lancers. Just a test one to start with (Officer hence no lance), and I am pleased with the results. More work over the next few days to finish of the soldering and final tweaks to the rest of troopers. It will be a real one off unit once completed. 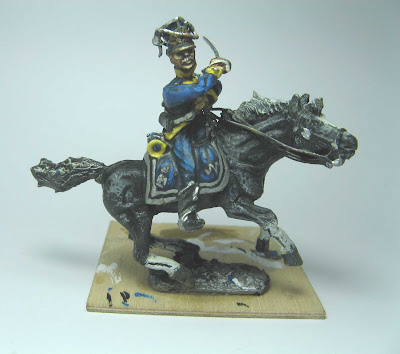 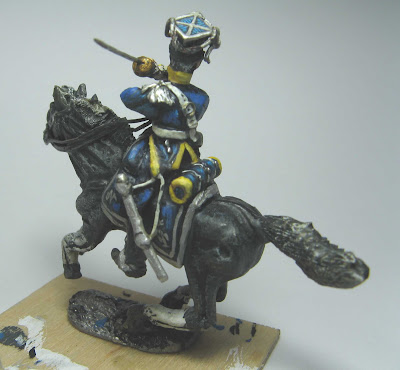 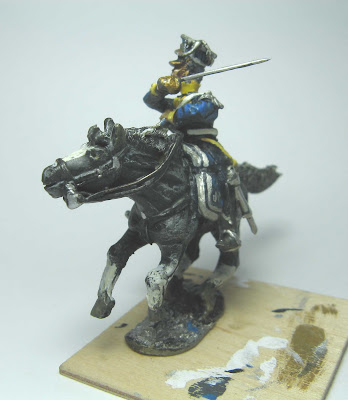 I have also come across some old 30mm Stadden figures which need a little repair and restoration before going to auction at Vectis, pictures next time

It's been a busy week , so progress has been a little slower than normal. I have finished the Grenadier and Voltigeur companies, with the fusiliers about half way there.I have also got some paint on the first of the Vistula Lancers - well it's the same colours, so i thought i might as well. 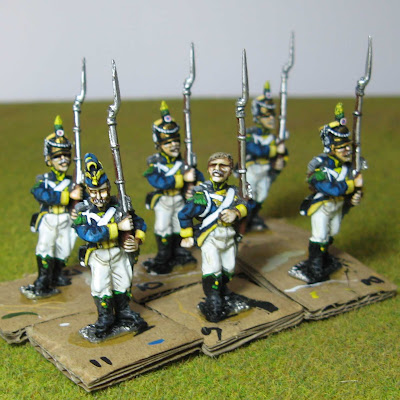 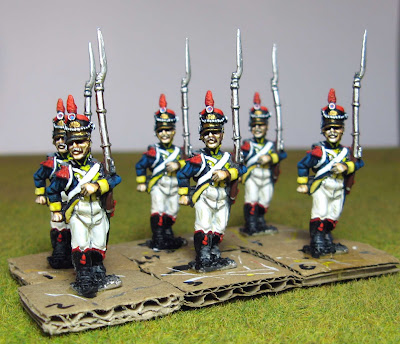 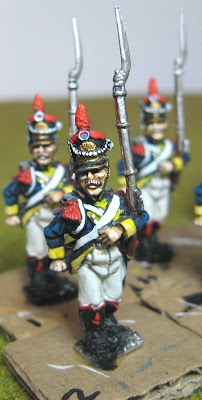 The more of them I paint , the more impressed I am with the castings. More next week
Posted by DaveD at 16:29 5 comments:

It is back to it after the break. I have been working on some "Elite miniatures" Vistula legion infantry. They are very nice casting and paint up well. 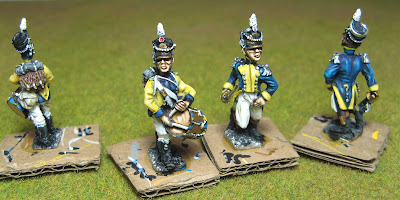 These have yellow facings and the drummers with reverse colours have yellow jackets. Yellow can be a difficult colour to work with I find sometimes. The yellows here are initially undercoated in a yellow ochre and highlighted up with a an "Andrea color" Basic Yellow which is finely pigmented and covers well. Further highlights are Vallejo Flat Yellow  and very top colour is Andrea Light Yellow. The rest of the unit is blocked up ready for fine detailing.

The French Cuirassier band has also turned up all the way from Italy. Looking forward to doing them over the winter. I have a 28mm French field hospital set on the way as well..
Posted by DaveD at 14:12 4 comments: