We go a ridin' into town - a-whoopin' and a hollerin'.

There are some troublemakers heading for town, led by Curly Bill Brocious, that notorious bandit outlaw - and some time tax collector for the county - he knew where all the outlaws hid out and nobody was not going to pay him - of course I am sure he would get his "cut".  The book I read earlier in the year on Wyatt Earp had a whole section on Bill and him helping out collecting taxes - bizarre but true.

These guys are by Knuckleduster Miniatures. I was initially disappointed in them in the raw metal form, but they were transformed once cleaned up and the undercoat was on -funny how some figures do that and others look worse   - there was a lot more detail and life in them than a first look at the bare metal had suggested. 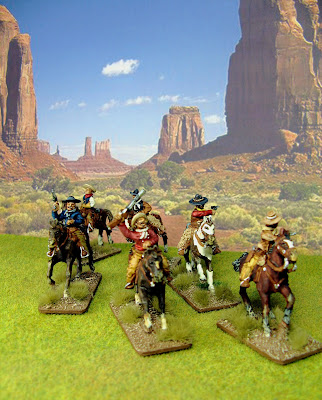 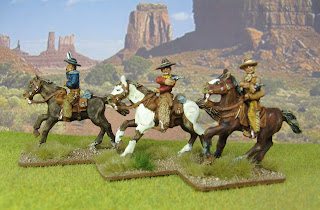 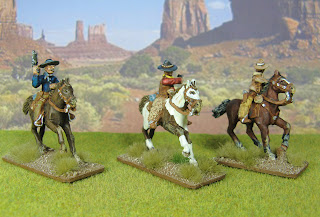 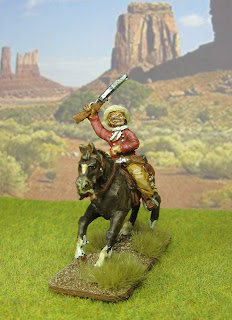 Curly Bill
It does remind of the film Tombstone character 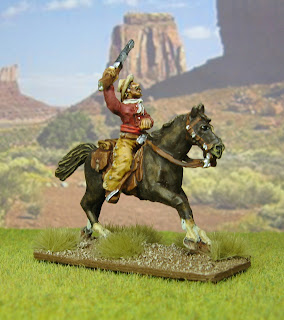 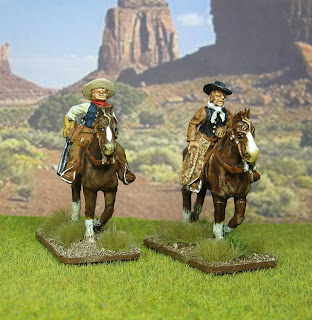 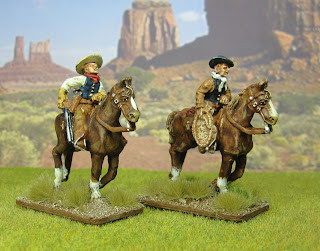 Now the townsfolk may just have the solution...Thanks for the pointer Curt! 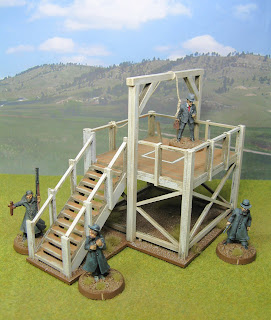 Also I manged to get the complete train all set up, (it's 3 foot long with just two carriages)  with the Marshall trying to stop those darn train robbers 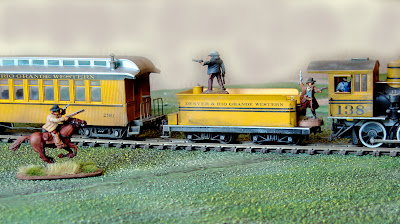 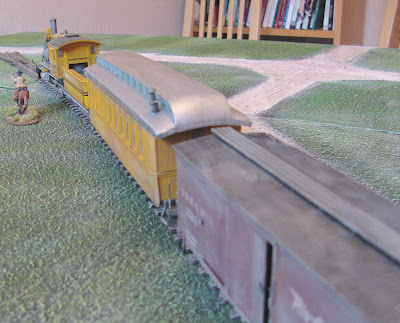 The main long term campaign game system should start this week as well. With the notorious Scott gang attempting to put one over on the good people of Serenity.

Right back to painting things green , brown and blue..
Posted by DaveD at 14:19 22 comments:

This is another of those "just cause I fancied" it purchases , which has lain on the painting desk 3/4 finished over the summer. So in between other works this week I finished him off. This is a figure from Black Scorpions "Collectors" range , which seem to be limited edition set of metal figures. As I purchased a pile of cowboys from them at Salute I though this one would be something a little different. 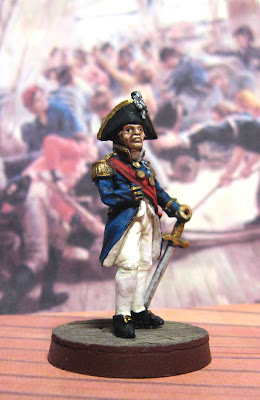 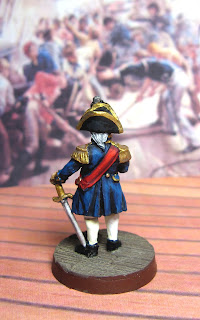 Having returned from hols I have a host of autumn projects lined up - an air force (more correctly 2) of 1/144 Eastern front aircraft, a full blown converted lancer regiment (or two...) , some old school shineyness AWI, old school shiney Naploeonics as well. However I still have a few outstanding "just cause I fancied" them purchases from Salute as well - and here we have one.

A rather fine figure from Testudo miniatures in Italy (I got them from PD miniatures , but the thier website seems to have gone so not sure if available direct in the UK any more)from their personalities set for the battle of Tannenburg. He was a bitch to put together lots of fiddly bits He has separate, sword, dagger, lance ,mace, helmet feathers and shield, the cape is a two piece affair which in the end i soldered together using the big soldering gun. But worth the effort in the end 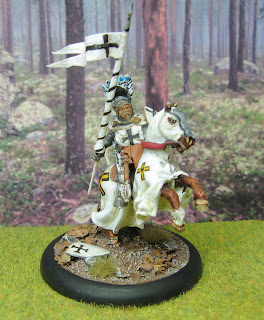 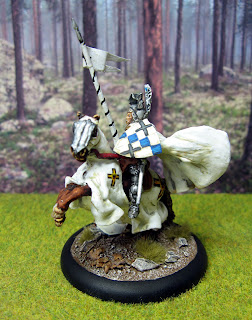 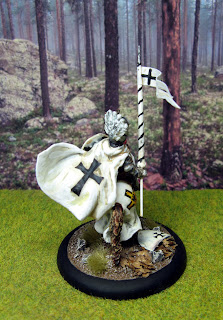 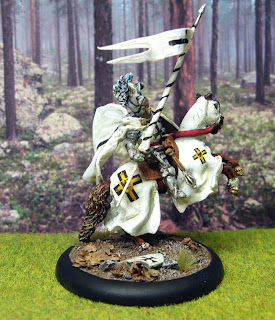 It was a very good figure to paint with the challenge of the white barding and the billowing cape being fun!

Hoping to get a cowboy game or several in coming up too!
Posted by DaveD at 12:12 23 comments: