Something a little left field this time. Last year Martin C set up large Very British Civil War game for the lads of the Old Guard. I wanted to get some figures to contribute for a next outing. While looking around for some other items I came across the Ironclad Miniatures site which has some interesting sets for it.

I went for the Telegram Rifles - which seemed fitting given I work for the company descended from the GPO. 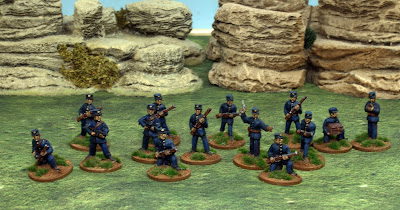 They consist of a mix of rifles , a Lewis gun a Thompson, plus a communications section - complete with wicker basket and pigeon. 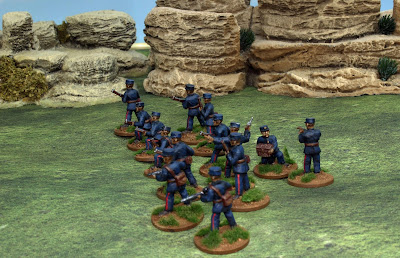 They are nice clean sculpts and have come out nicely.

back to some more traditional stuff next
Posted by DaveD at 12:00 9 comments:

I have been revisiting the Sudan collection and plan to do a good few more units coming up. One of the last major British units I wanted to completed was the Camerons. I decided to do these in the classic red tunic as they fought in red at the battle of Ginnis. 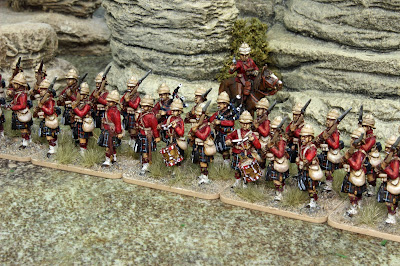 The unit is 48 figures plus a mounted officer. I still have to complete a skirmish company for them - I thought I had the figures in stock , but turns not not - something to rectify at the York show. 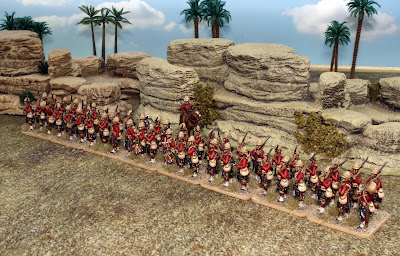 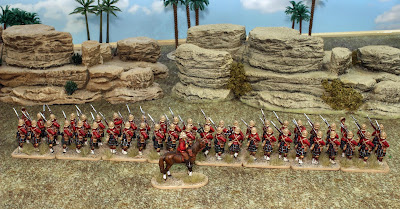 This completes the 3 highland battalions for the Sudan. I want to complete one more British battalion , not sure which just yet , plus the New South Wales battalion.

Glad to get these completed - they took an age!

Previous to  the recent game I had completed a few new units to add to my Soviet forces. Hind helicopters and infantry units. 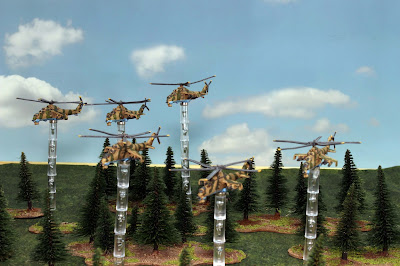 I drilled and inserted a small magnet into the helicopter to attach them to some flight stand pegs - to which I had also added a magnet. The individual pegs are around 10mm and can be easily added to vary the height as required. They are the type used in Wings of Glory - i bought a bag of 100 from e-bay. 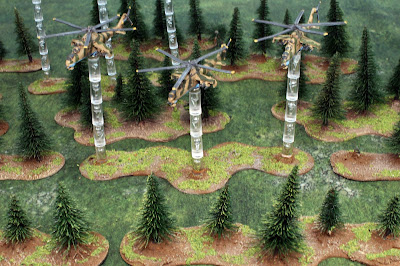 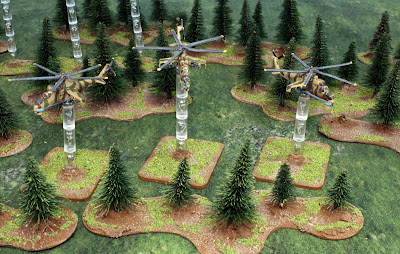 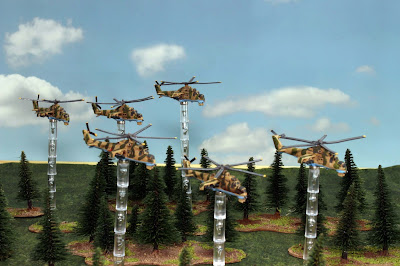 Both lots were by Heroics and Ros - I need to do another lot of infantry some time i think.

This weekend saw the first game in the Cold War gone hot. I hosted James and Martin for our first run through of Team Yankee. First up I have never been at all impressed with the look of it at 15mm - it all just seems to look like a tank park... but in 6mm using the 15mm moves and ranges it starts to really look like how I imagine it. My Cold War collection was actually bought pretty much at the height of it in the early 80s, and was used for a set of rules based on Command Decision called Combined Arms. I was great to get stuff that has waited 30 years fora game on the table.

While TY can feel a bit generic it did give a reasonable game , and was fairly fast play and has enough detail to give a good flavour. So we will be playing again.

The terrain is the various bit acquired for the 10mm ACW repurposed - just need to get the pile of buildings painted up . 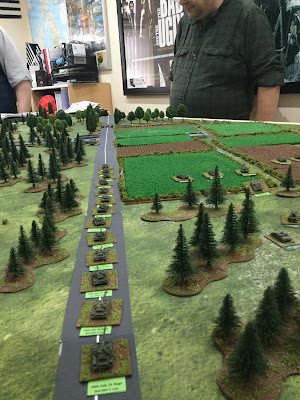 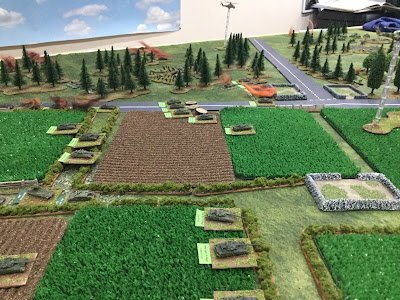 At this point we called it - the Brits had lost most of their starting kit , and had to bring on significant reserves - the Soviet tank regiment was at 50% loses.  We had not set any points etc for this it was just get kit on the table and run through the mechanics. It played through well - highlighted some extra bits we need to source, more work on buildings and markers required.  - overall a good day.

we packed up and played 3 short games of the basic Wings of Glory - where the Spitfires pretty much came out on top - good fun! 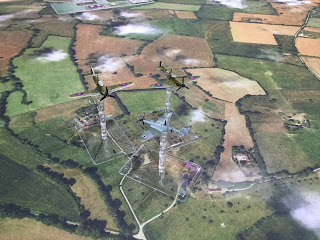 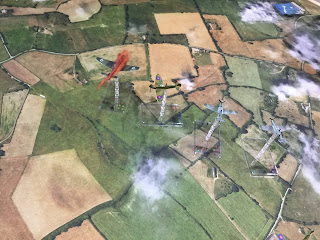 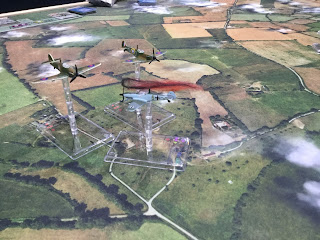 A good day and good company - a much needed morale boost after a week of serious man flu!

Having mentioned in the last wrap up post that Wings of Glory was likely to feature this year at the Old Guard meet ups. I decided I would get the stuff we require to get up and running with the WW2 variant (Pete has the WW1 stuff) . A couple of large orders were soon winging (see what I did there..)  their way to the man-cave.

Th starter set has two Spitfire an two Me109I have picked some some addition aircraft so it gives me:-

Some of the other guys have Hurricanes and looks like Heinkels now too.

I also picked up a a couple of JU52 kits. They will needs cards etc doing . but will make for good scenarios, so worth doing I think 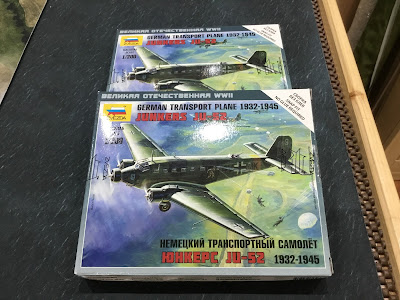 All very strange for me taking an "off the peg" project with work all done - but hey why not for once. I think over time the planes will get a little extra work as they need a bit of extra detailing , but thats a  way off for now.

It was top marks for all the various suppliers in order processing and delivery times. well done - internet shopping at its best..

I have been laid up by the "Aussie" flu that has hit the UK... so no painting at all - just starting to come through that now , so hoping to be back to the brushes next week. My AHPC start is in tatters. Still a while to go but I think I will need to re jig the painting order around a bit.

I have a game coming up this weekend with Martin and James - and hopefully Scotty to get the WW3 stuff on the table and James is sorting out a Team yankee scenario for... looking forward to that after 10 days of being ill - a much needed morale boost..