I could not manage to make the numbers add up to make it worth while to trek down to Salute. It would have been good to catch up with the blogger crowd - I shall make it next year. I have had an enjoyable day surfing around the blogs catching up on the eye candy.

Overall there was nothing particularly tempting that I needed to be there to get hold of. , so I spent the train fare on feeding the inner Magpie instead.

Now just as I was thinking that the Old West collection was finished I consulted the "to do" list created after the outing it had in early March.. So I give you the new "Shineybloodyitis" additions. 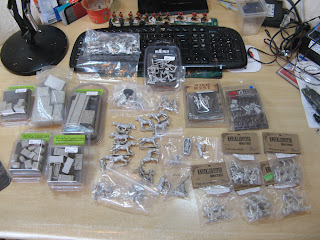 A host of goodies by Ainsty, Dixon, Knuckleduster , Crusader and Steve Barber 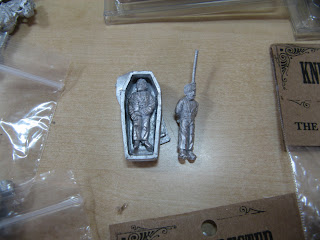 Additions for the gallows and the undertakers.. by Dixon Miniatures 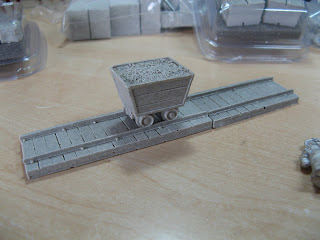 The beginning of the Serenity Flatts Mineral Extraction Company. - By Ainsty.. 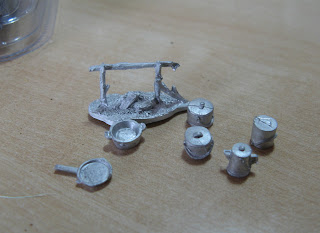 More bits for the camp area by Dixon.... now all I need is Mongo... 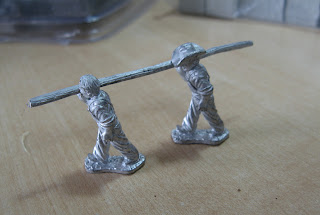 Construction workers for the new buildings by Dixon 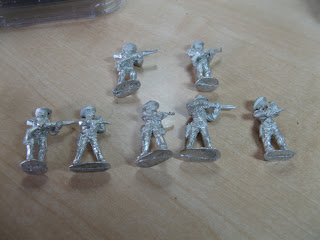 The "Marvelous 7" set by Knuckleduster.. well you can;t have too many gunfighter can you.... no really can you? 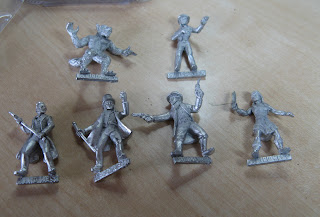 A bit of a left field set - a Weird West pack by Ainsty - if anyone wants the WEREWOLF let me know it is surplus to requirements.

Also a top up of Hitchin post horses, and team horses for the second Stagecoach , and another project the "Snake Oil" seller..more on this another time.


O.K. Enough shiny things. Finally something with paint on!! It's been a hectic period , and the tendonysis has been playing up as well . Here we have mob enforcer "Luigi Carbonara" for the Bootlegger Public Enemy No1 game. 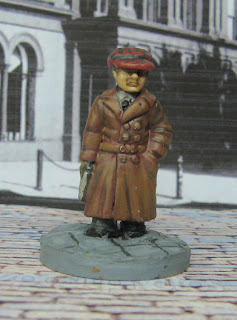 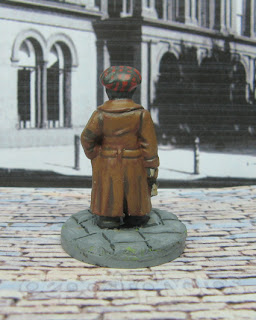 Also the motor pool has been enhanced with few more additions at bargain rates on e-bay, just a little weathering to do. 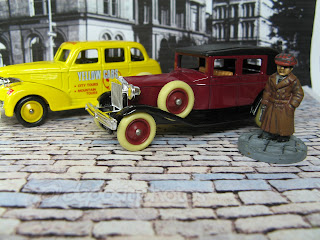 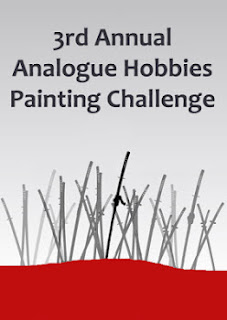 It has certainly seen some fantastic painting, and goes some way to prove that this can be way more than a craft , and that there real artists out there creating masterpieces with these subjects.

No place for me this year. I only really got to submit upto the end of January and then went down with all sorts of nastiness that killed my painting output stone dead  Still managed a showing in in the runners up for Sarah's choice with a couple of female characters. 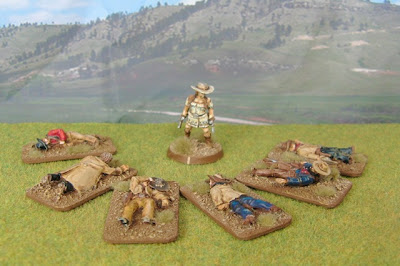 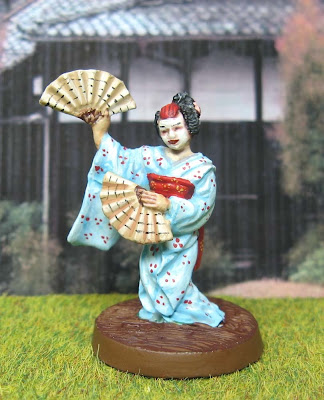 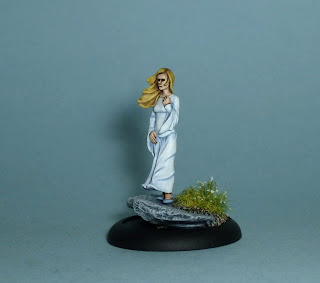 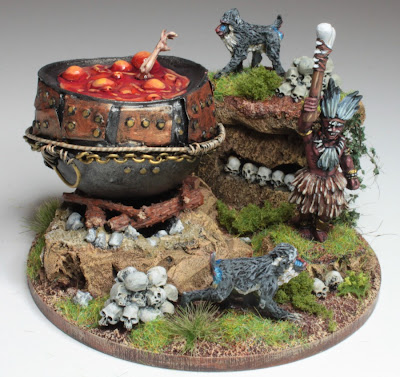 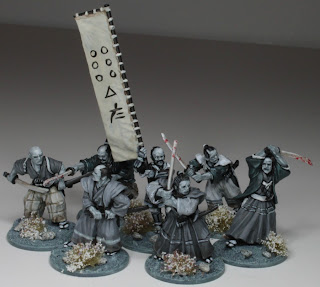 The final award by our own Judge "I am law" Curt...wen to Kawe (Grossbeeren 1813)for a piece of superbly desolate composition , a wrecked Caisson , you can feel that chill Russian winter just looking at it. 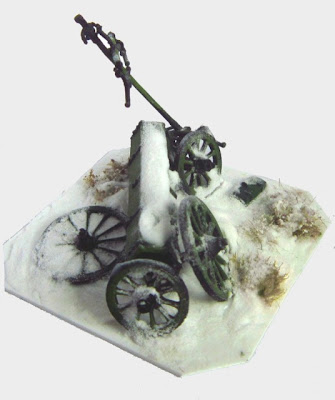 So it is a well done to all the very worthy and talented winners, to  the rest of the mad bunch of participants for keeping up the banter , and thanks again to Curt for running the show.