Today  saw James come over to run a playtest (we are both playing Germans next week , with rest taking allied roles )from the beach landing part of next weeks big game. With naval gunfire , waves of bombers , then DD tanks and landing craft mechanisms to work through . I helped to work through the initial complex items and firm up some things re the landing schedule  and stuff to be written down for the allied players .  When this table is added to rest of it next week , it should ensure some problems to overcome and a good visual treat . It also served to focus the effort on a few bits this week

So a few teasers for you . 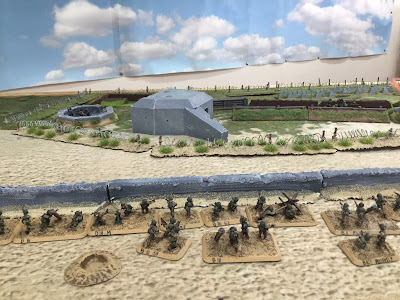 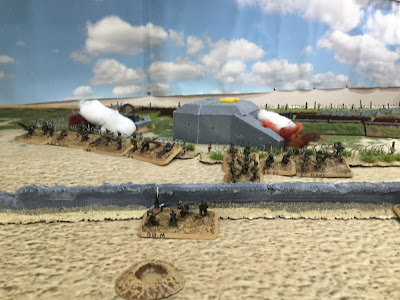 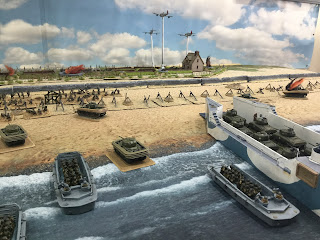 I am just about through the terrain works now. I have completed the sea wall with a few sections done  as breached. Lots of barbed wire sections , about 16 feet worth and a few minefield section. The Tobruks are done as are gun emplacements . Hoping to get a quick play test of the beach end of the table this weekend too . 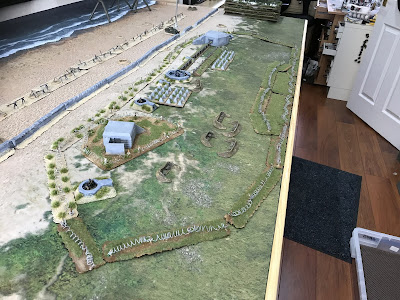 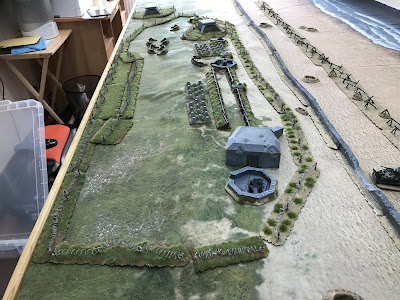 Further behind the Grand Dune section there was a lot of flooded ground and I have done some sections of this . Martin has a load more as it’s about 16 square feet required . Going on I have a commission out to make some more bits for this as well.
The area behind the dune was heavily flooded , Martin has made a load more bits for it . I just have the causeway through it to finish off .

Today saw another couple of scenarios on the campaign ladder. Both having their challneges

The RAF are having to deploy any aircraft that can fly... in this case a pair of Boulton Paul Defiants on patrol ,who have to deal with a pair of Me109's.  Now if you know your WW2 aircraft you can see the problem here... in real life this didn't go well , how would it go..

It was set up as dog fight encounter amongst the clouds. As this game was based on shortages it saw the return of PO McMillan who had recovered from his previous encounter but was flying with only  one good eye. He was accompanied by PO Scott.By dice roll the pair were bounced at short range as the German ace and his wingman burst through a cloud at close range.

shortly after the other Me109 blasted PO Mcmillans kite , wounding the gunner who could no longer fire . At this he tried to fly home , but the next burst downed the Boulton Paul , the pair bailed out,..

The building of the defences for the beach end of the table is coming along with the beach wall , fortification pieces and barbed wire being completed . Next up more beach obstacles and some minefields for the rear of the resistance nest. This will be the first 4 feet of the table as it leads in land .
It’s getting there,,, 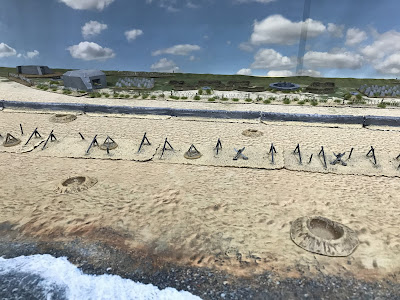 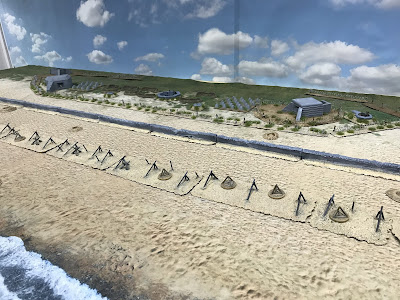 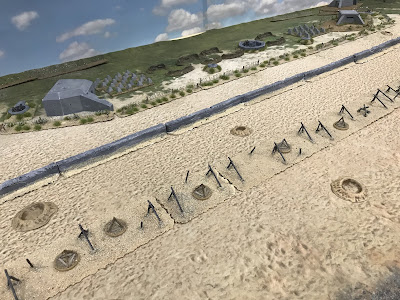 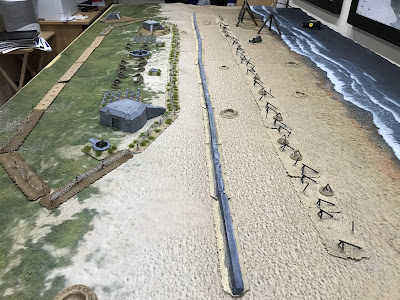 This last weekend saw another big bash down at Marks Wargames Holiday Centre. There were 6 Imperial players  Bob , Brian and John with the desert and river columns who had played last year.  Rich & Josh  were having their first outing in the Sands of Sudan assisted by Andy and they were in charge of the Suakin field force and tasked with getting the railway built on day 1.   Dean - who also brought some more mahdists! -, Mark and I ran the forces of the Mahdi and made the tea.

Once again there were two games running simultaneously on Friday/Saturday with the teams and individual commanders competing against each other for prestige points... points make honours and medals.

I had also added in a new rule of "Imperial Heroes" allowing various acts of valour  (improving the combat results) at the risk of wounds or worse ! This worked well I think and has some a bit further potential as well to be applied to other parts of the game too , not just combat.


It was a good game , with good feedback from the players - lots of laughter was had!

With the upcoming game I wanted to add another fun unit. I picked up a Hales rocket set from the Empress AZW range , with a bit of filing to remove the cuffs etc they are a simple paint job . I wanted to add in some smoke trails so I hot glued a piece of brass tubing to the launcher to takes some pipe cleaner to make the trail. I ended up twisting two pipe cleaners together to give them a bit more strength , they just then slide into the brass tubing. I also hot glued a bit of cushion filler around the end of the pipe cleaner closer to the launcher to give a bit more smoke effect. 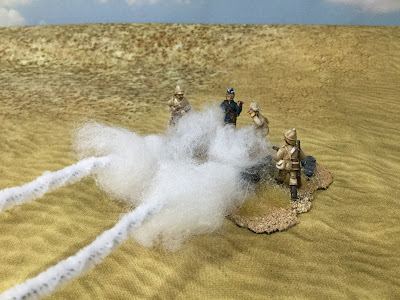 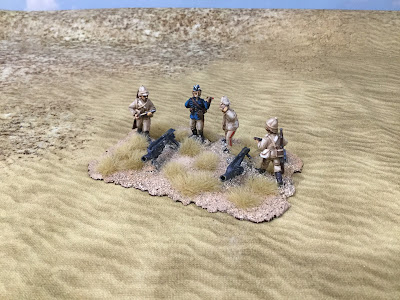 It’s time to raise the relief columns once more for a weekends gaming at the WargamesHolidayCentre if your interest get in touch with Mark or myself. . I have some new units to add to the collection coming up too.. it will be good to give them a run out.