Hammerhead weekend & Shoot out in Serenity

This weekend saw a trip down to Newark for the rescheduled Hammerhead show. I had roped in MartinC, JamesM and old mate Scotty for a evening away talking Wargames and drinking beer followed by gaming and/or topping up the lead mountain. Its was a great time - thanks guys.

All the games at Hammerhead are participation which is unusual for shows , but I think really helps to keep the full day alive , and you get people dipping in and out of games. We ran 4 games over the day - all of which were good fun. a number of comments said it played very cinematic , which it generally does is, so that was great. There were various visitors taking photographs and videos and I hope to see these as I look around blogs and you tube in due course. So here are some of the shots from the day 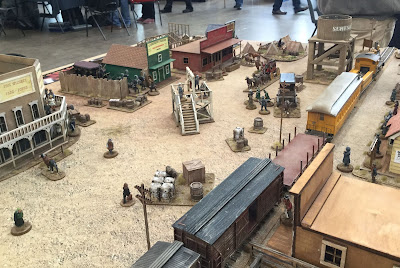 I had stacked the hit deck with double the usual amount of fatal hit cards , to make things move at pace , and it really worked , with mayhem all round. Great games all , the Bounty Hunter won all 4 , but only just!

The icing on the cake at the end of the day was a £25.00 voucher from the organisers from a prize draw too.

I had good chats over the day, and caught up with a few of the big guys as well . There were lots of other really good games around , but I only managed a few very brief whizzes around the main hall and its traders . The stash haul was good..

Overall a really great weekend . I am hoping to herd the cats again for us to run something at the Other Partizan show in August.  Painting time has pretty limited of late , but I hope to get my desk cleared over the next few weeks with a bit of luck .

Hammerhead 2018 - Shoot Out in Serenity City

Next weekend I will be at the rescheduled Hammerhead 2018 show in Newark Upon Trent. Originally could not make the date for Hammerhead , but due to it being postponed by bad weather it fell on a free weekend. A few quick messages with Martin, James and Scotty later and we have a weekend away planned with an evening in Newark and day running my cowboy game and hitting the trade and bring and buy.

We are on table GA15 - as Guisborough "Occasional" Gamers in the main hall. so if you want to pop by , or chuck some dice and see how you stack up against the Bounty Hunter we look forward to seeing ya. 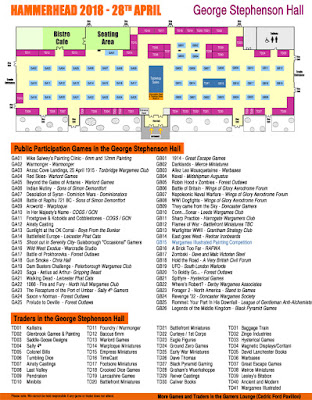 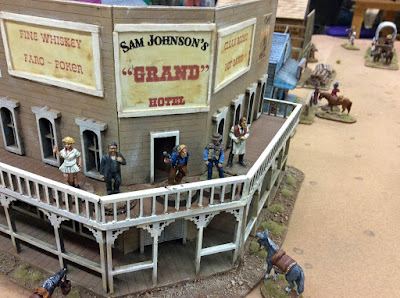 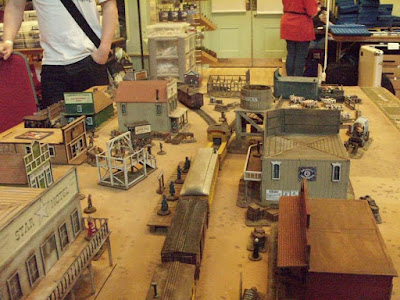 Wings of Glory game and updates

This weekend saw a meet up of the Old Guard group - there were a few games with people chucking sticks at each other , and I took my WW2 Wings of Glory collection.

Over the course of the day we played 5 games , with a few different scenarios - we were using all the standard rules , which everyone was picking up well.

The final game pitted 3 ME109'S and 2 Stukas , against 2 Spitfires and 2 Hurricanes


Great games - and a few people now in search of their own planes .

I have also picked up a nice beach mat from Deepcut studios and started some work on the D Day stuff with a coupe of gun emplacements. The order for 6 Higgins boats, 3 LCMs, and the assault infantry  has just turned up .. so plenty in the pipeline to keep me busy. 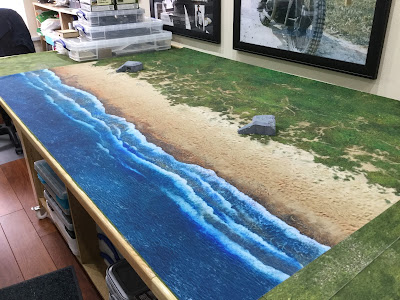 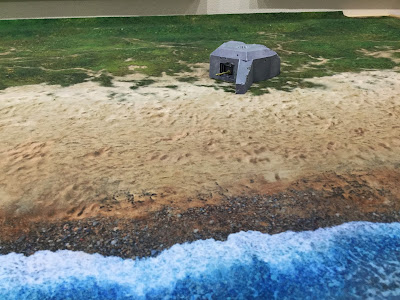