Today saw the culmination of the effort to recreate the D-Day invasion at Utah Beach and the paradrops inland by the 101st Airborne around St Marie du Mont and Brecourt Manor.

Martin who had command of Easy company has his write up here...I expect his medals are in the post

James and I were playing Germans - James had the beach and entry to the causeways to defend. including  the inland sections of flooded fields and the two causeways leading across. There are hamlets at the inland end causeways and roads lead on to  Brecourt Manor with its gun battery and then on the other side the village of St Marie du Mont - the ultimate allied objective for the day. The table worked out at 17 feet long by 6 foot wide.

The beach end would start with a naval bombardment followed by 3 waves of bombers - as on the actual day these proved accurate and effective. 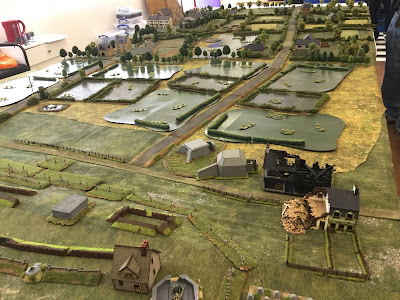 Inland the game would start with para drops on the two DZ's . Each aircraft had to test DZ accuracy , then height and speed. 6 paper marker then placed on the wings of the C47 model and then they hit by a small fan and blowing on them - you can see the video of this on Martins blog. 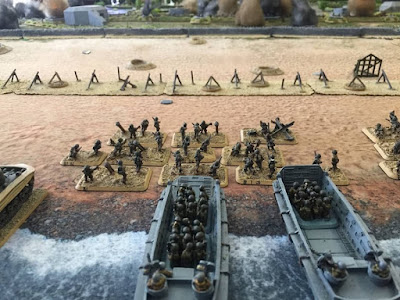 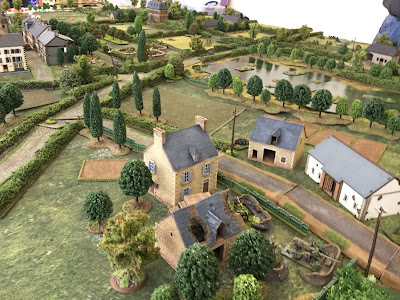 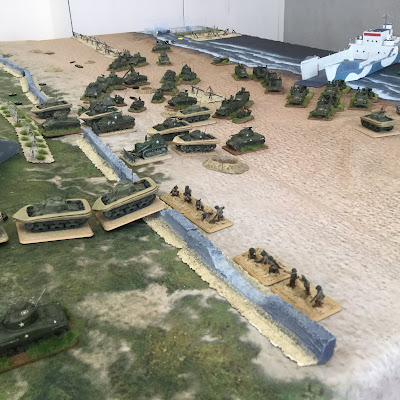 Both para commanders were beginning to rack up heavy casualties as German MG teams took their toll. Shouts down the table of hurry up! were heard,

The naval observer had found a prime viewpoint and large amount of shellfire began arriving - thinking the last of the germans and combined with a fresh para assault saw the village fall just as the tanks got their too.

It was a great game. it had a good balance of challenge for the allied players - its not a game the germans will win - its about how well they can delay the allies overall.

Thanks must go to James and Martin who contributed to the build up for this with time , effort and ideas - thanks lads.

some things to do for its next run out - non essential , but all nice to have :-
More flooded field sections
More flight stands
More explosion markers and smoke
82nd Airborne platoons
Another LCT or two
3 more assault platoons

this sees the start of a campaign ladder for my US forces in Normandy
Posted by DaveD at 15:06 7 comments:

Tomorrow will see our D Day game. It’s been a project in the making for 18 months for me , with a lot of work over the last 6 months focusing on the beach  and it’s great to see it come to fruition. James and Martin have been great partners in encouraging the madness and adding their own contributions too . . The table will be large , it’s  16x6 for a 15mm game , we have a decent number of gamers roped in as well . It will indeed be the Longest Day . 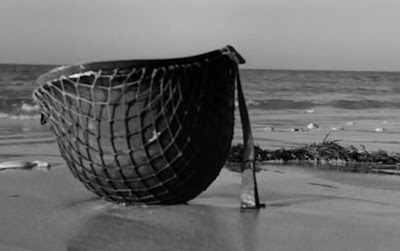 It feels appropriate on the eve of the actual 75th anniversary to pause a moment or two to remember those involved in those historic events and to recognise the price that peace comes at. It’s sometimes referred to as the greatest generation , I think there may be something in that  , So thank you .

The table is set 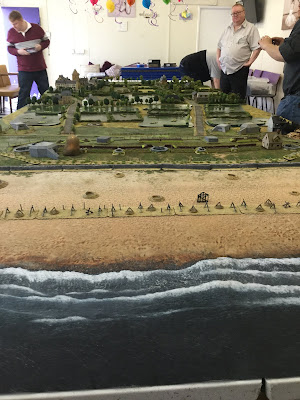 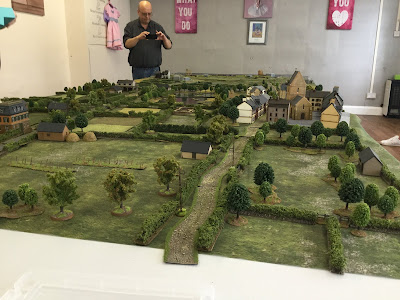