I guess like a lot of people when I think of the Vietnam war I think of pictures and movies with helicopters. I have a accumulated a number of helicopter and aircraft kits and the focus is on getting these completed over the next couple of months. I have gone for 1/48th scale - so they will  look the part alright

The work horse of course was Bell Helicopters Iroquois. Better known as the Huey. 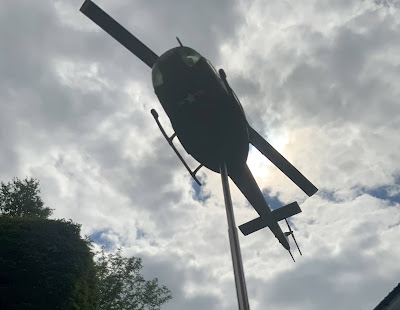 This is the basic Hobbyboss kit which is reasonably simple built. Usefully the rotors can just be dropped in to place which will aid with storage. I would like to get some proper discs in due due course.

I have made up 6 flight stands using telescopic back scratchers I found on Amazon. They are attached to 90mm round MDF bases using milliput and have around 200g of lead weights added to give them some decent heft. I have used a mechanical nut and bolt fixing for the top to make sure they are really secure. 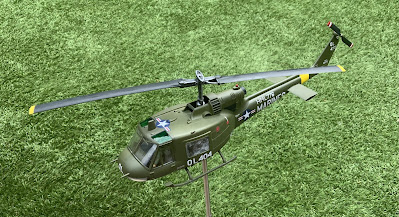 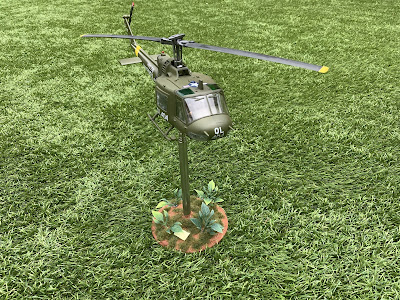 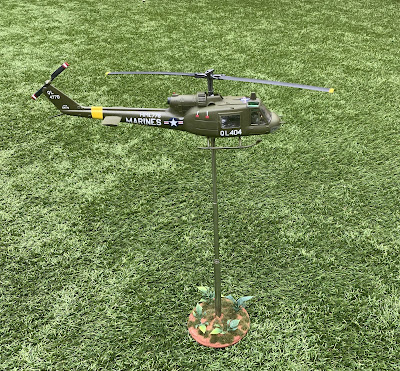 It’s the first aircraft kit I have done for many years . I have a issue with some of the transparency pieces frosting slightly which I will sort on the next one with a different glue . Really enjoyed the build .