In place of this weekends planned big D Day game we took the  opportunity to run a smaller virtual set up that just covered the beach landing part. This was laid out on my 8x4 table and we used Zoom to host the virtual game. I would play the beach defenders and the usual suspects , James (west) and Martin (east) the American forces. Each would have a sector of beach to attack with continuing waves of landing forces  of different kinds.


This year the defences were more aligned to Omaha beach with tougher bunkers , more difficult sea conditions etc and higher bluffs behind the beach

I played out the advance naval and air bombardments after the guys has done me an "accuracy" roll. They didn't know the results - just where shot had been seen to land. 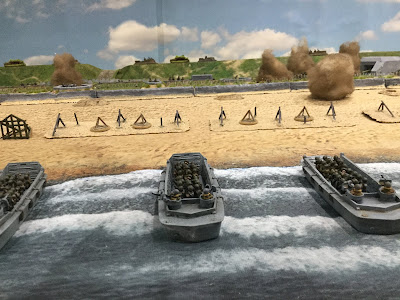 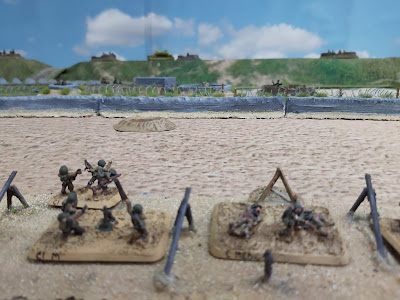 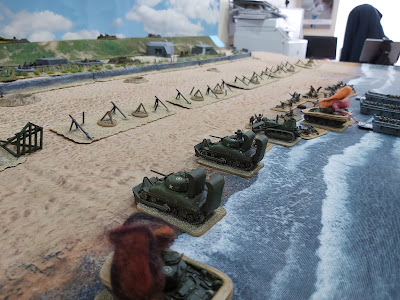 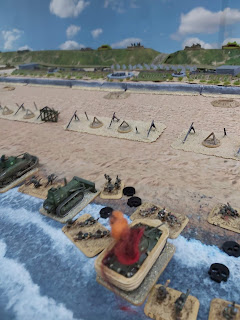 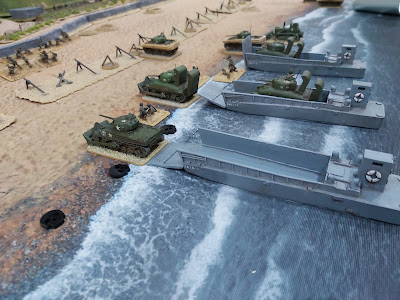 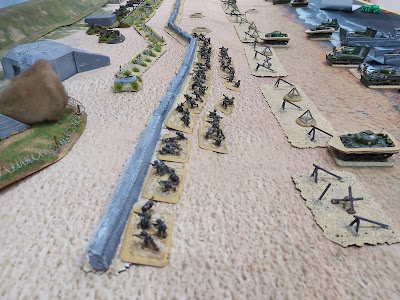 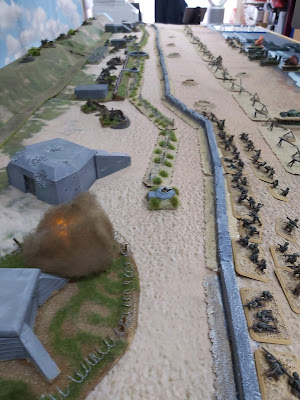 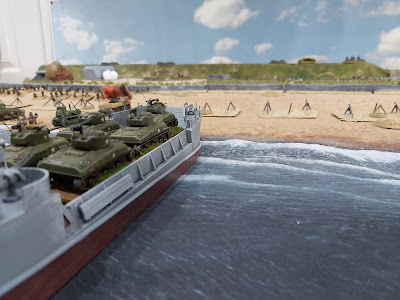 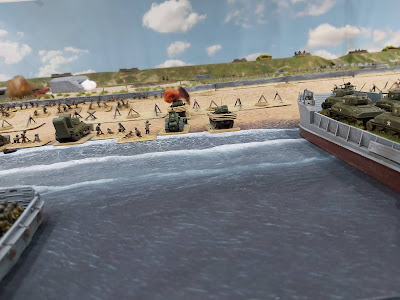 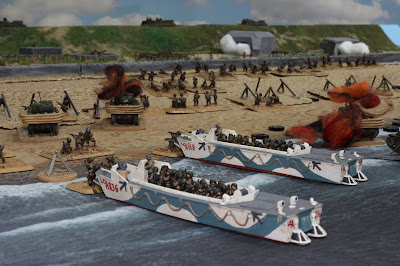 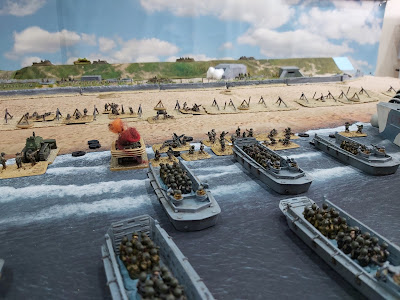 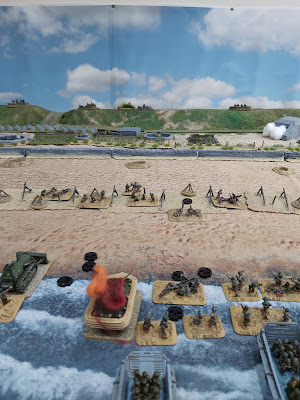 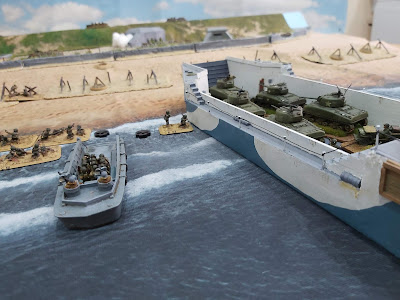 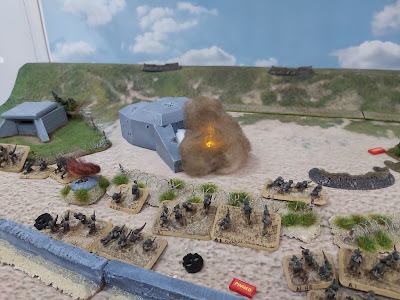 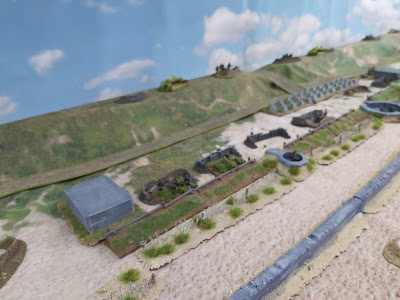 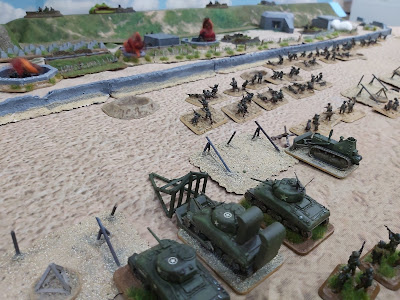 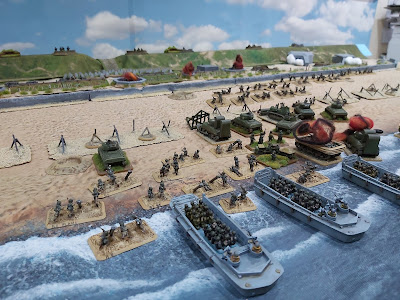 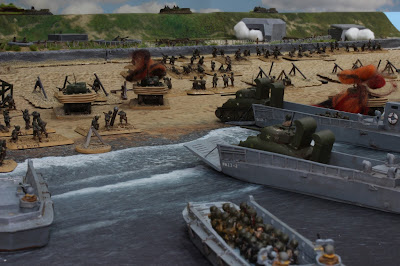 The Western beach feel easily with Martin overwhelming the defences that had been initially stunned  by the pre bombardment. James stuttered to start with as the defences had not been knocked out and also only half the force landed at wave 1  . That picked up with extra waves and the gradual silencing of the defence elements,


Overall a good game . More learnt. As ever playing these out always give an immense respect for the peopel who went through this.