It's been time to explore foreign fields once more, and return to one of my favourite areas of France - Normandy. Fine cheeses , cider and calvados. The Fruits of the Sea and the land. All wrapped up with plenty of history as well.

I have done the WW2 areas several time over the years so went in search of some new offerings. So first up we have Dead Mans Corner Museum at the village de l'Amont on the high ground between St Come du Mont and Carentan at the intersection of the road from Utah beach. The building was initially the HQ for the 6th Fallschirmjagers commanded by Major Friedrich-August von der Heydte.  became an aid station and then subsequently the HQ for 506 PIR 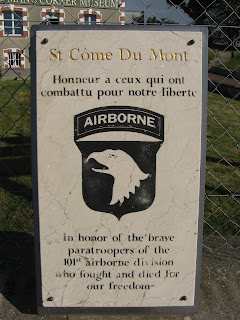 As the first American tank reached this intersection is was knocked out and the commander killed . For several days the dead commander lay there. The paratroopers referred to  "the corner with the dead guy in the tank"  , soon shortened to "Dead mans corner". 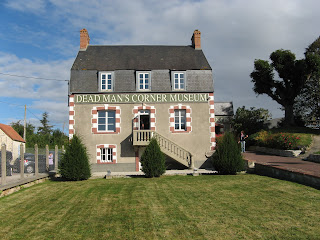 The museum had a number of interesting artifacts to view, from the various collections of weapons from both sides. To some more personal items. If you have seen "Band of Brothers", this one is Lt Dick Winters Easy Company 2/506 PIR uniform as worn by him in Normandy. 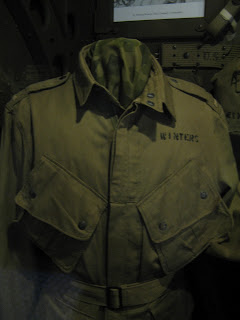 The ubiquitous 88mm in the garden - obviously useful for parking disputes. 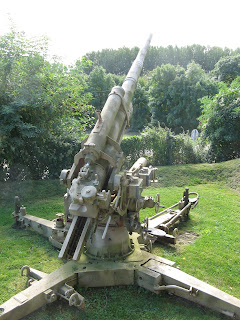 Overall an excellent small museum and 6 euro well spent. It has a wonderful shop - a re-enactors heaven with replica items of uniform and weaponry from various nationalities.

We also took a run down to  Omaha beach and visited the Amercan cemetery at St Laurent, calling in at the Point du Hoc to marvel at the feats accomplished by the the Rangers in scaling the cliffs 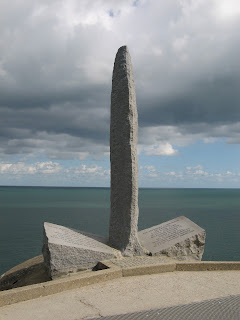 The dagger rises from the top of the observation post at the cliff edge, commemorates the efforts of the Rangers in taking their objective and repulsing counterattacks for two days until relieved. 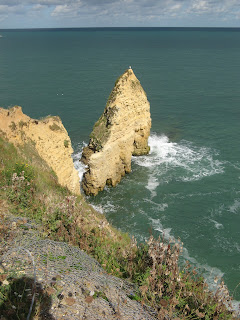 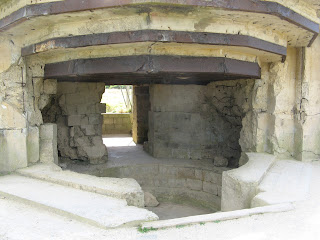 The cemetery at St Laurent is a  place that really brings home the scale of sacrifice required to ensure the freedoms we have today. 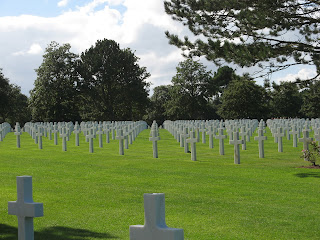 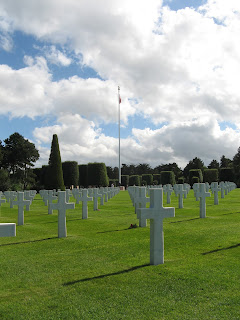 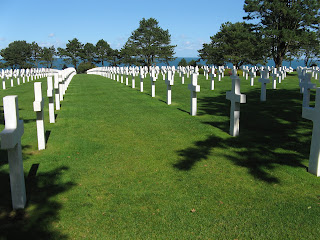 There has been a new visitors centre added that uses personal stories of participants and a mix of narrative text, photos, films, interactive displays and artifacts, exhibits portray the competence, courage and sacrifice of the Allied forces. The whole site is beautifully maintained by the American Battlefield Memorial Commission. 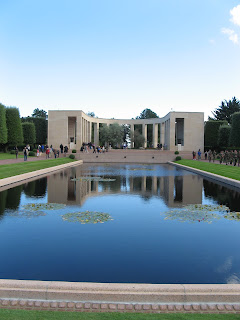 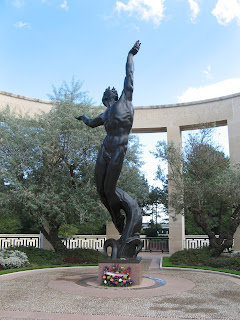 An enjoyable if on occasion sobering day out. Overall my impression is that there is an increased interest of the history here with more visitors and facilities for them.
Posted by DaveD at 11:11