Spring Blog Con part 4 - "Get Carter" and the round up.

One of my highlights for the day was getting the chance to play a game using Sidney Roundwoods wonderful WW1 kit.

We were given a small night time trench raid scenario where the lads from the Northumberland Fusiliers had to rescue a much loved fallen and captured officer... That would be Carter. With wonderful touches such as the Big Men being named for various Newcastle United players or managers it had a real human feel.

I had a a squad of bombers and some trench cleaners - equipped with various nasty implements to aid them in their quest .. We only had to through the wire without attracting the sentries attention overwhelm the poor quality front line troops , pick up Carter and leg it back across No Mans Land before the inevitable German counterattack arrived.

It was a close run thing with the balance not turning to last few turns in favour of the Germans when Von Smallhaussen (aka Stumpy in the previous Cowboy game) turned up and foiled our plan.

The rules used were Two Fat Lardies Mud and Blood which played really well. I picked up a set of these at Xmas for some 14-18 projects of my own coming up so it was a further inspiration to get this project moving some time this year. 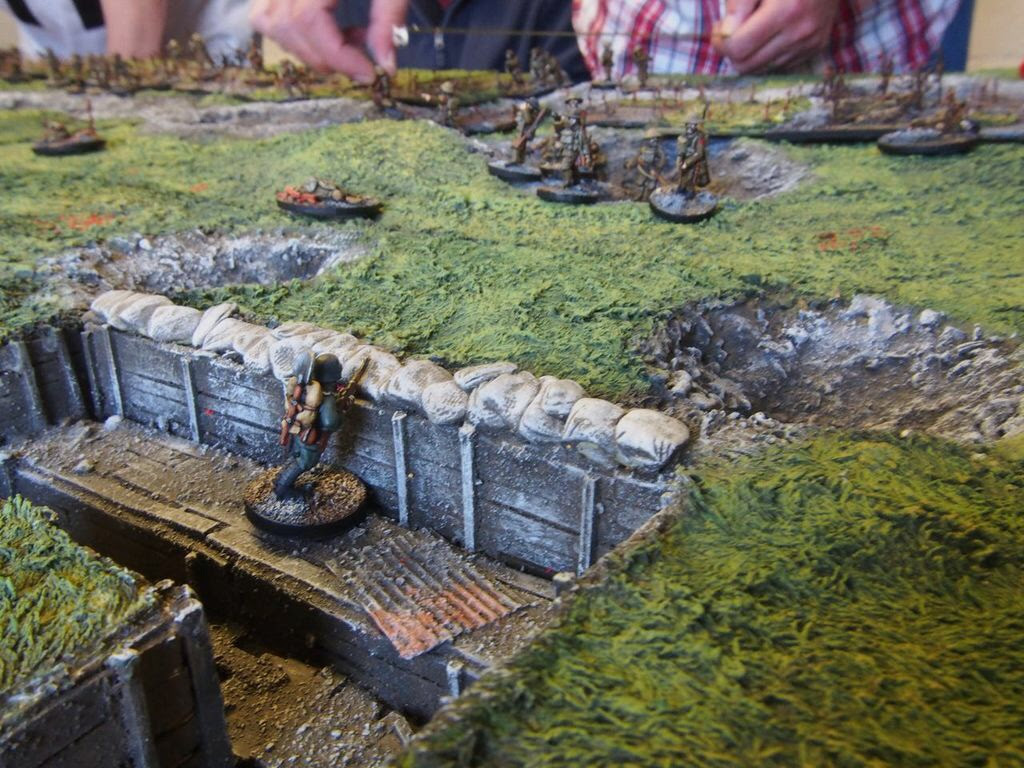 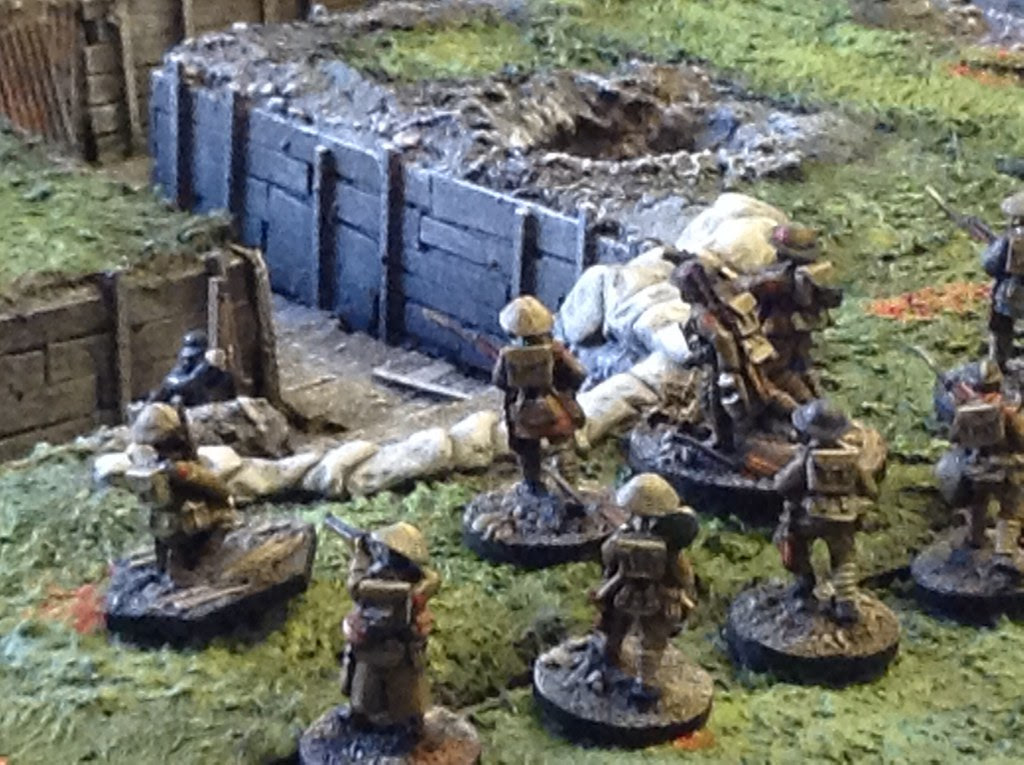 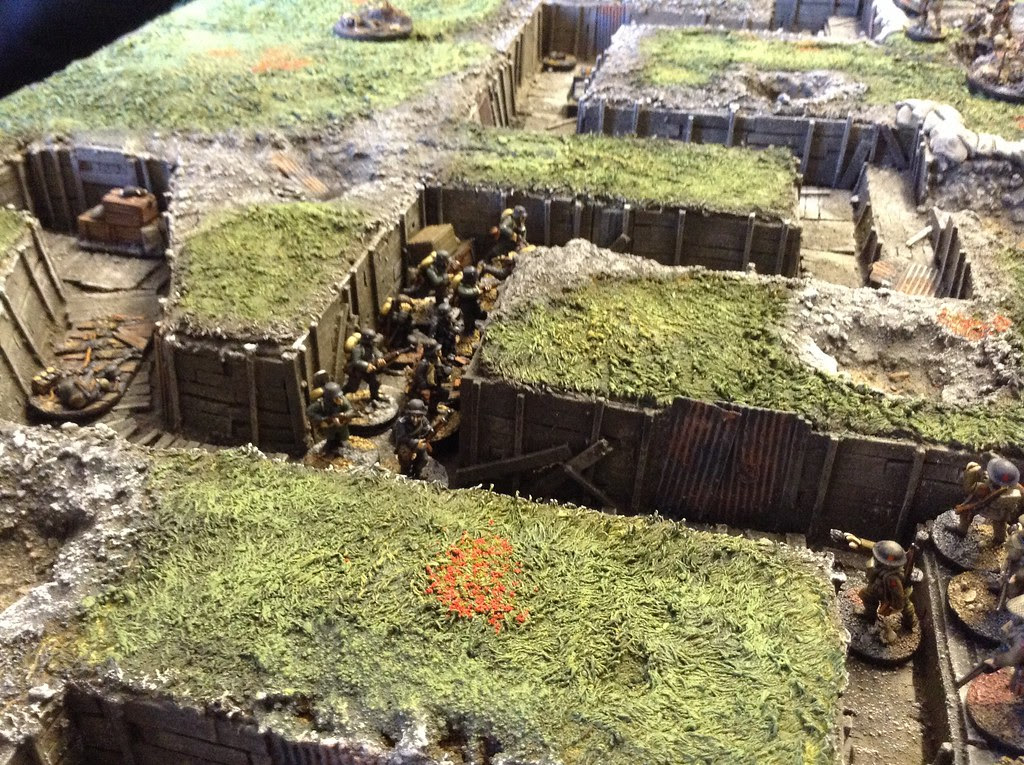 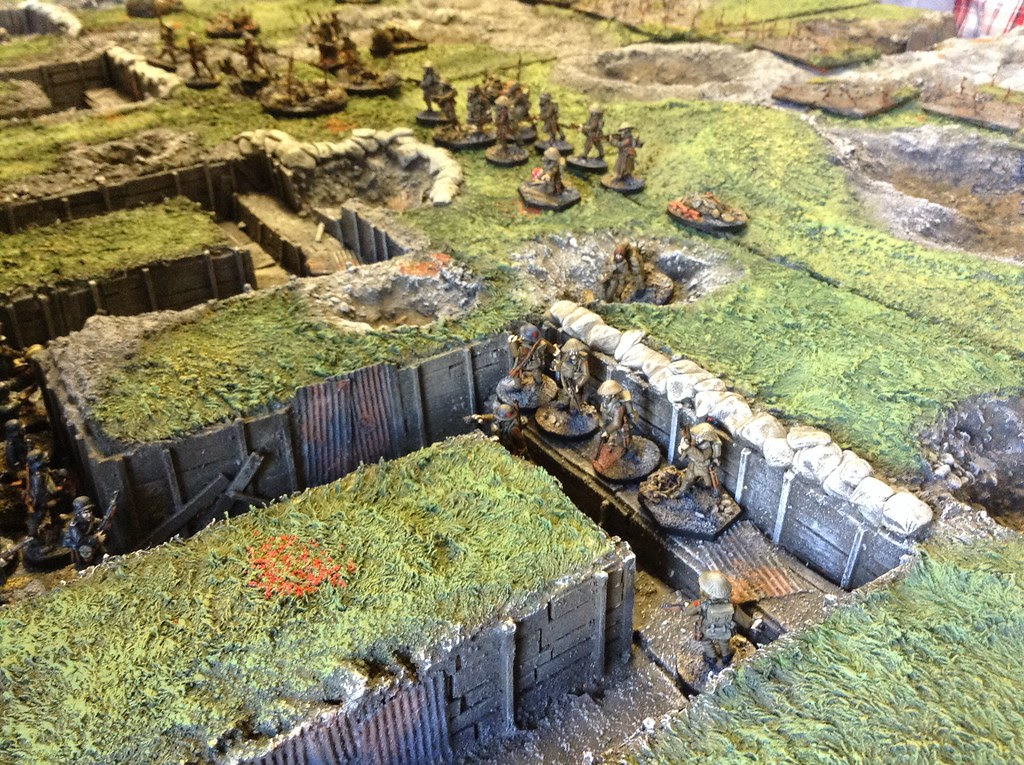 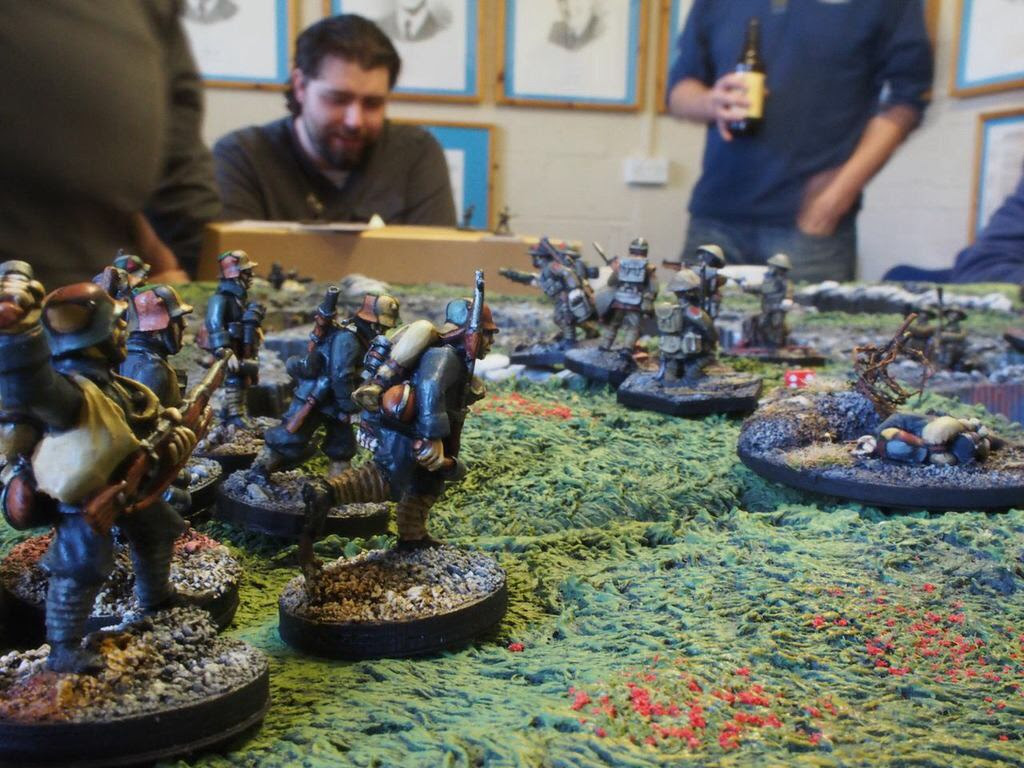 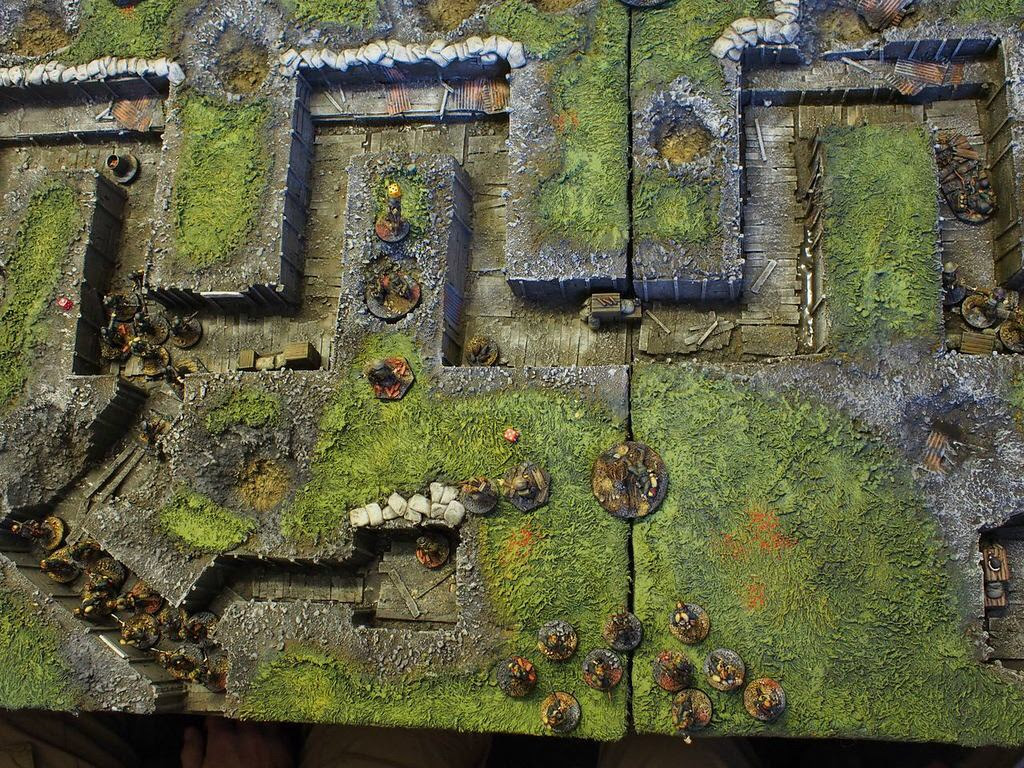 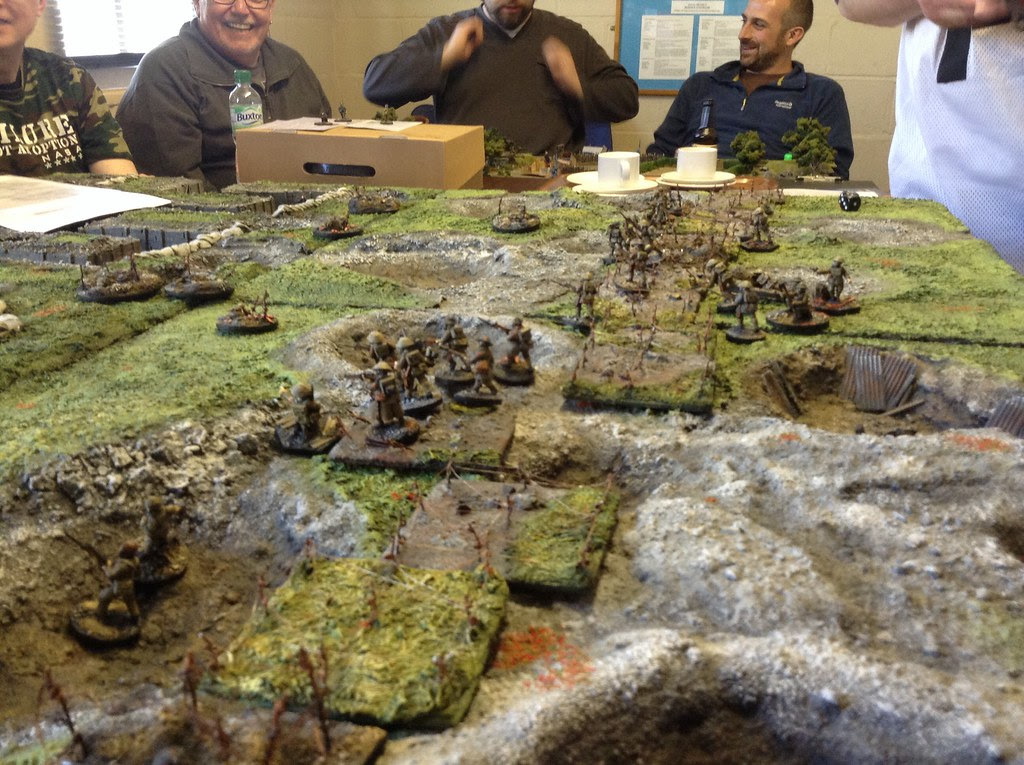 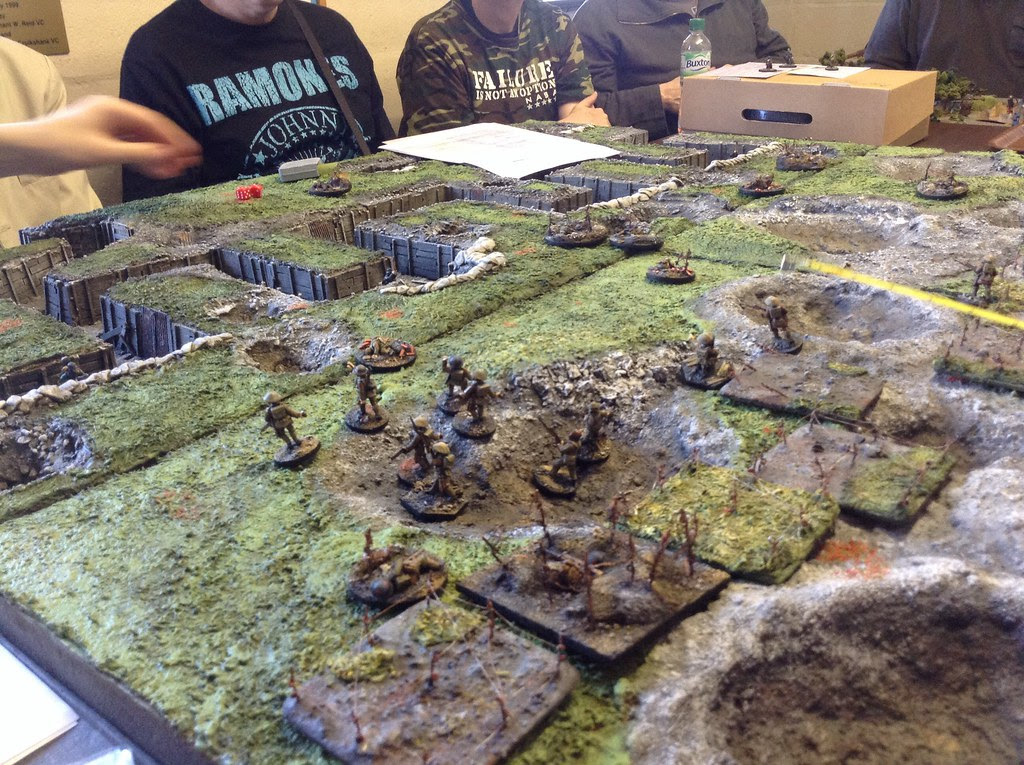 It was a really good day out. Great to meet up with Curt who also presented with my very own Mountie all the way from Canada - cheers Curt! 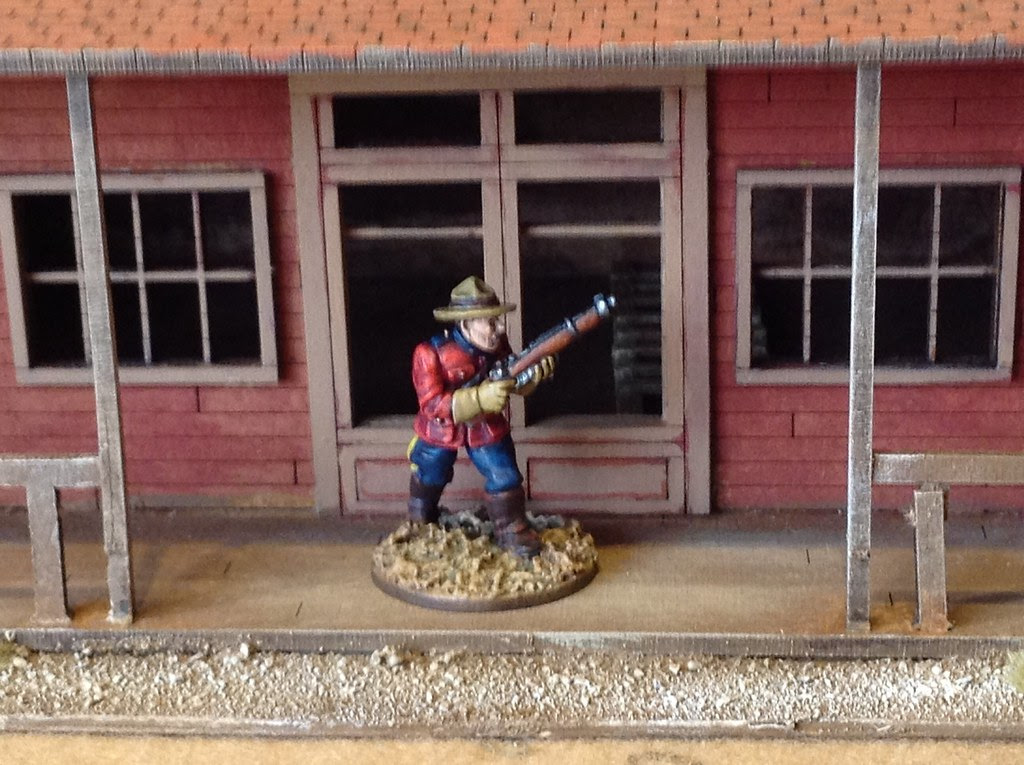 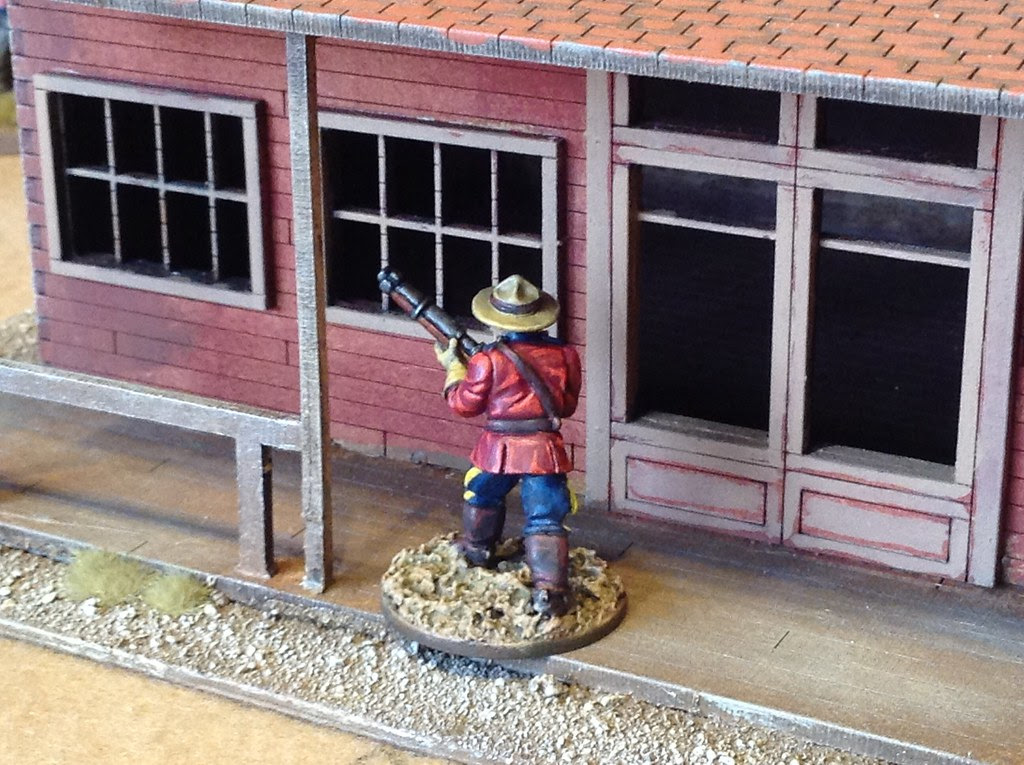 As much as the games were great it was the guys that made the day with everyone out to enjoy themselves , time spent just talking and laughing over our common mad hobby.. Staying over and catching a meal and few beers was also just the job!

For the Old Hammer guys Paul and Stephen .. Let's work on getting a game in of that as well next time.

I look forward to catching up again at Blog Con 3 ...looking at a Southern venture this next time.