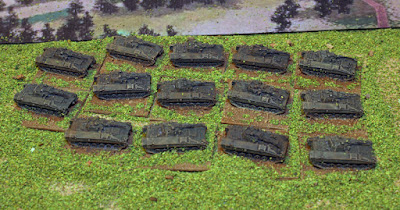 for now this has used up the unpainted brits , I have Germans , and Americans to do plus a horde of Soviets. I will need to work out some proper orbats etc and pick up the various other bits I need. But its a start
Posted by DaveD at 17:04