Just another top up for my Soviets , with a mixed bag of T80's , BTR60's MT-LB, BRDM2s, and BMD3s. Plus some OT64 and OT65s  for other WARPAC forces - anyway enough of what would seem to be random collections of letters

So currently that completes the various soviet stuff I have from the lead pile , until I get a bit more infantry 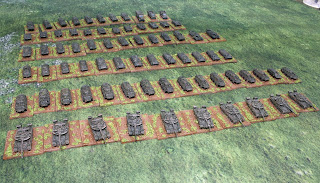 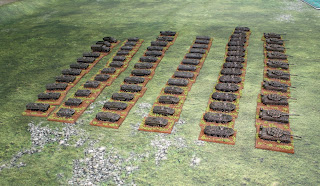 I am going to do some small NATO forces from the Brits, Germans and the US to complement the stuff the other guys have , just so I have forces for both sides as well.

I picked up some more building from Timecast at the York show, and these on the workbench now as we have another game in couple of weeks.
Posted by DaveD at 09:00