Finally managed a face to face game this week. Martin C popped over to the cave . We had decided to try and actually do something with the  Bootlegger collection. I have all the figures painted for that and have done for 6 years. I don’t though have enough city terrain pieces - mind I do have them in the MDF mountain o’ shame - so they will get some attention this winter now.
We set up the location for the “still” and the stock of booze - out in the woods. The police and G-Men were out to enforce the Volstead Act. I broke out a scratch built farmstead building that also hasn’t seen much use from  the Old West collection . 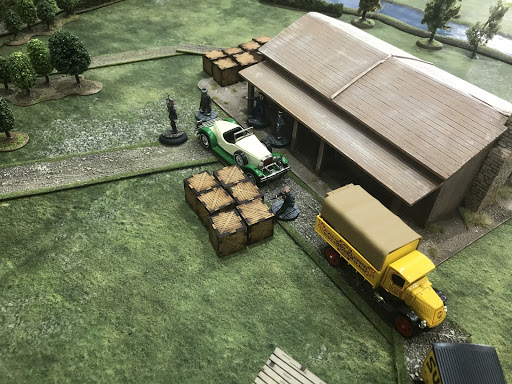 We used the basic rules from Old West system , with some tweaks for automatic weapons and Tommy Guns . And less granular detail on wounds . It did play really well . I will get the tweaks written up for another run out. I have ordered a couple of bespoke card decks from Artscow to create stuff specifically for this collection 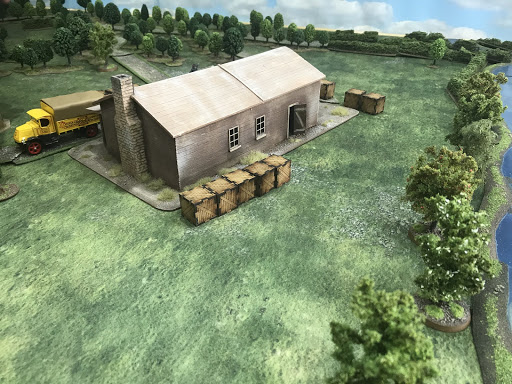 We ended engrossed with the games I forgot to take more pictures . We played two games with Martin winning both as the Police and then the Bootleggers. So at least it proved it was balanced for a thrown together scenario . 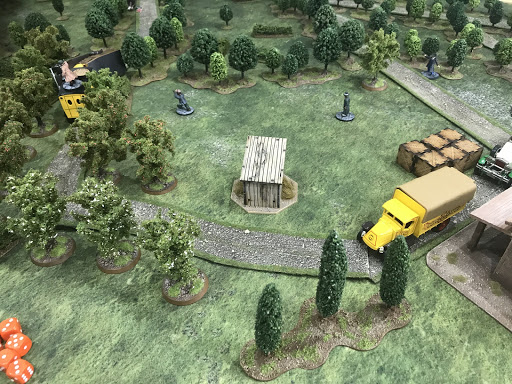 And just a reminder of some of the city stuff I have .. 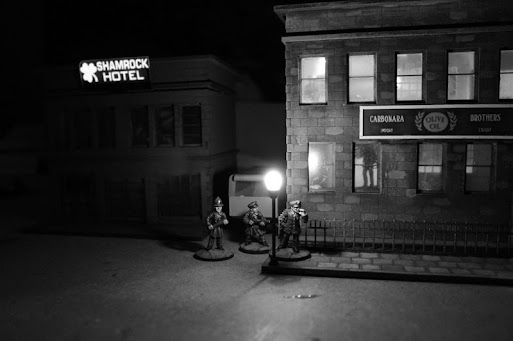 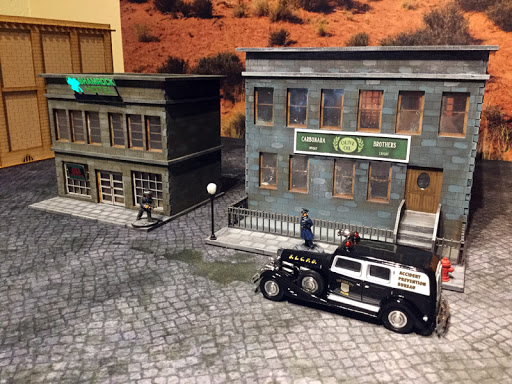