The ACW collection will be getting a little more gaming coming up and we are going to be doing Shiloh . A feature of it is the supporting fire from Union ships on the river Tennessee 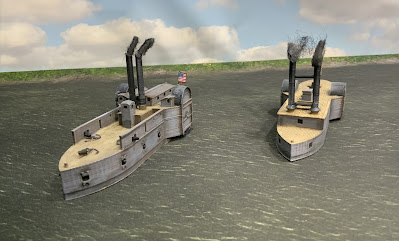 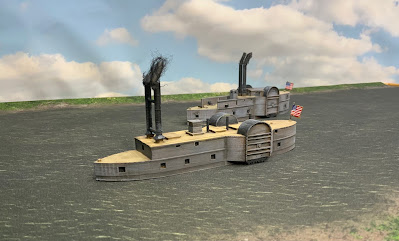 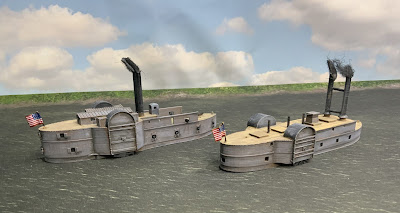 So I picked up the steamers involved , though I had to comprise from a gaming point over view and have them made at 1/300th -they are still around 200mm long so will look ok . I did use Syborg3D to do the printing which was quick and efficient though unfortunately it seems Simon who ran it has died suddenly. The STL files are designed by David Manley and are available of the on Wargames Vault as Long Face Games.
The ships themselves were timber clad side wheel paddle steamers . I went with a simple base coated of dark earth and then dry brushed up a range of greys on the sides. The deck was highlighted a tan colour . There is a good bit of scope to detail these some more with some masts and rigging bits as well as replacing the guns with some small tubing, and even adding some crew figures. But that’s as project fir another day , for now they will do.
Off to The Other Partizan this weekend with the Vietnam toys . On table DG4 if you want to chat