Well , I have a British Guards unit on the painting board for April and while I was rooting around in the pile of unpainted metal at the weekend I came across a part painted British general and decided to pair him with a horse that was finished 10 years ago. With a little bit of work this morning I was able to finish the combination. The general is from "Front Rank" The horse was an "Elite miniatures" but with some conversion work as both front feet off the ground as if about to jump. To help support the casting when used on the "battlefield"  I had inserted a pin underneath the horse & into to the base which  is then hidden within  the added grasswork (my usual teased out sisal string). So now all I need to do is paint the chap some guys to command.

Total time to complete 2 hours .. plus the 10 years from actually starting it. 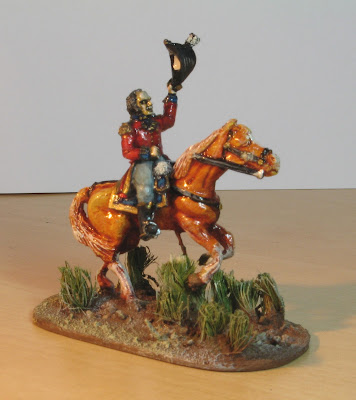 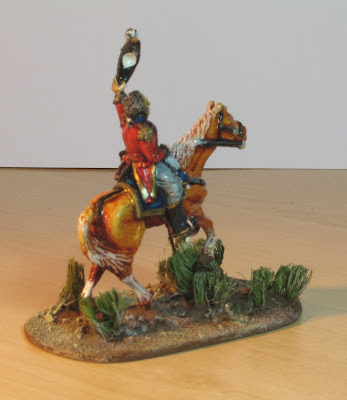