Today saw the a gathering of the Old Guard for a last game of the year . Martin and I had pulled together a Vietnam game using an unofficial supplement called The Earth Was Red. We had a 17x6 table for the US forces to move along to “seek and destroy “ along with find out what was happening in the village of Chi Mi. Martin and I would do NVA/VC forces and inform the guys of the various events . We used our system of random tiddly winks with a range of good and bad events .

We gave the guys a map to prepare their assault - arriving from the east. 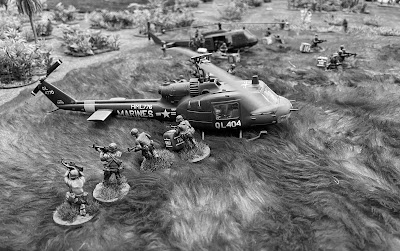 Damn that teddy bear fur looks the biz in that picture! 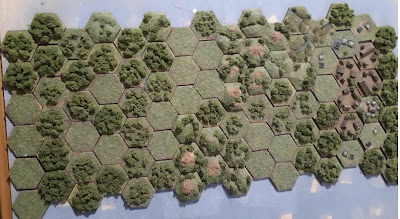 John had a couple of units of special forces up near the village already. Angus would air lift in Stgs grunts to the LZ nearest the village and James was driving the APC section with Ian’s grunts..  We had given each of the US players objectives and victory points to aim for . This might be enemy kills , intel , weapons caches , prisoners - promo shots from the embedded photographers - or it could be bad things happening , losing men, the photographer finding bad things to shoot with his camera etc .
What could possibly go wrong . 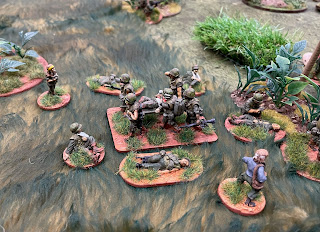 The corpsman was kept busy and cas-evac became a priority 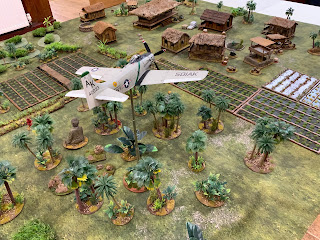 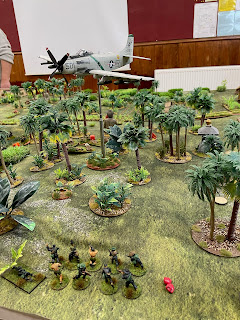 Navy Skyraider saved the day on a few occasion 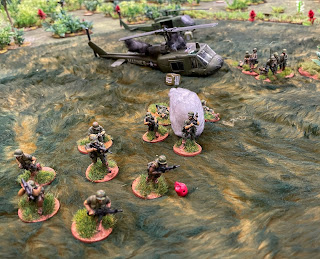 Helicopter shot down by an RPG -fortunately the troops had already got out . 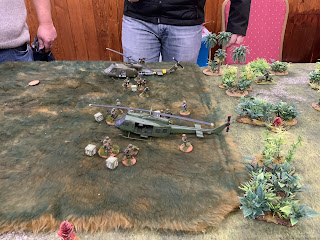 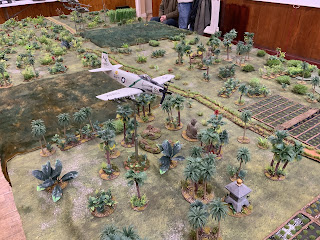 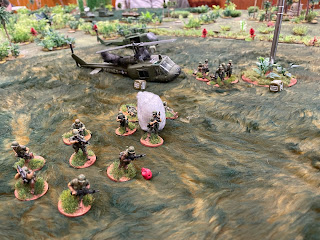 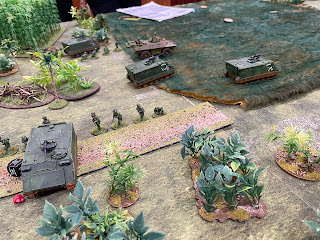 The APC platoon turns up.. 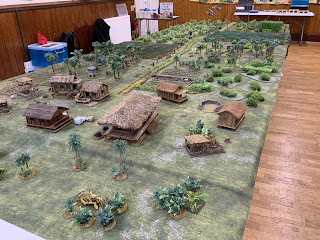 The village started to show signs of NVA occupation . 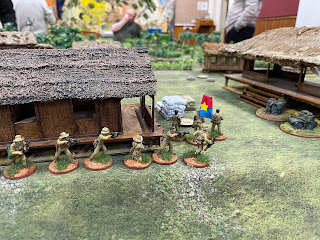