Gaming - Napoleonic- Battle of the Katzbach 1813 - In the Grandest Manner

This week saw the return of large Napoleonic gaming. I have spent the week with some old friends and made new ones . We had 10 players altogether,  5 French , 5 Prussian/ Russian. We were using Gerry’s massive 10mm collection in his “Situation Room” bunker . The rules are Gerry’s “In the Grandest Manner “ set designed for these enormous battles . The tables are 24 feet long , with around 35,000 10mm figures used from Gerry’s total of around 100,000. I was playing on the French side.

The battle has a lot of standard and poor quality troops along with the added complication of bad weather each turn . Obviously rain can be very detrimental to firing. Our troops had to deploy in divisions from column of March across a limited road network and a river only crossable at the few bridges .

The battle went to and fro with villages being assaulted and changing hands - at least you were dry in them !

In the end we got a very historical result with the French being broken and chased away but that didn’t happen until very late in the day .

All in all a great weekend of gaming plus being social was had . Gerry’s wife Anne also looks after us with lunch and teas and coffees through the day , and booking restaurants for the evening she’s a star . 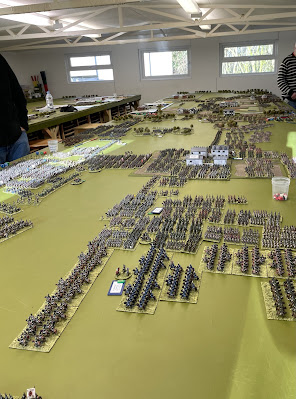 So just a selection of various pictures - with these large games you get so absorbed in your own area you rarely really know what is going on across the rest of the table - seems pretty historical to me . 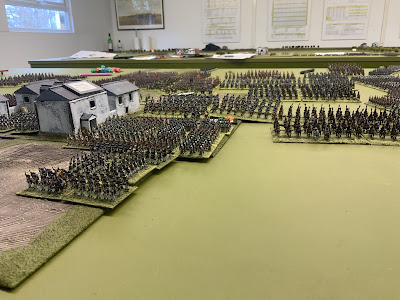 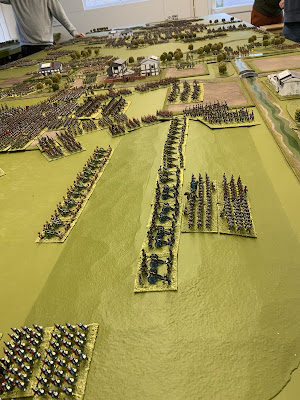 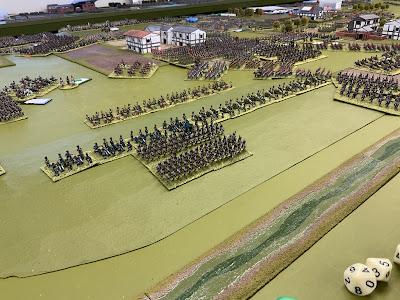 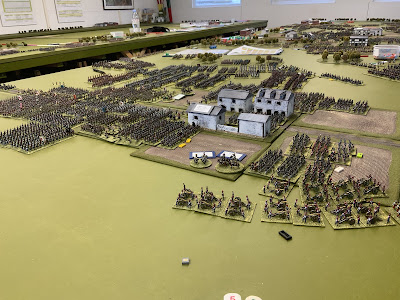 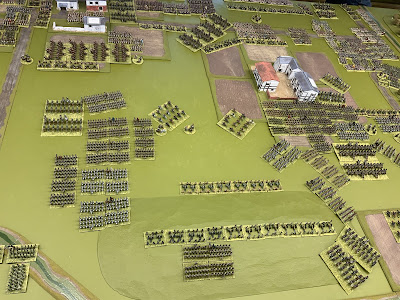 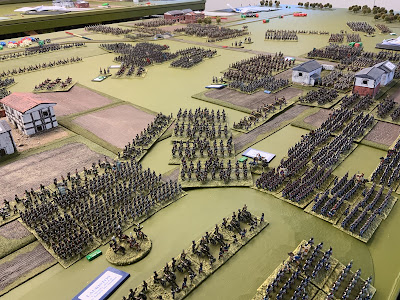 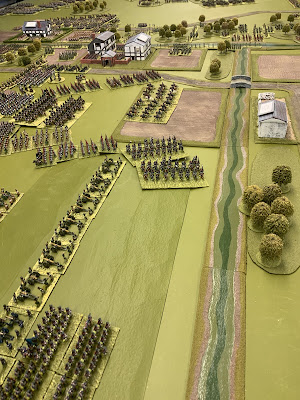 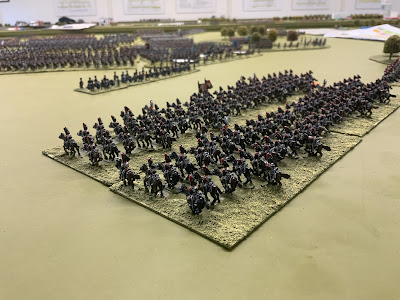 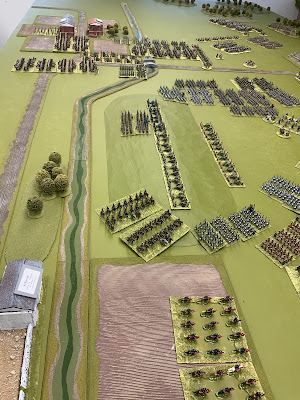 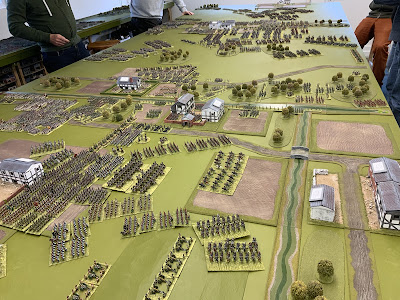 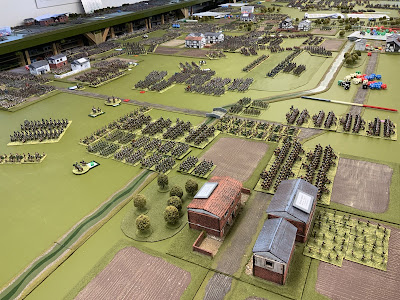 Next one should be March time with luck