We played another game using the Alter of Freedom rules . This time the Battle of Glendale which sees McClellan’s army already in retreat with the baggage that is being persued by Jackson on one flank , and Lee and Longstreet are about to arrive on the other . It would turn out to be another great game . Table  was 10x6  with 6 of us playing. 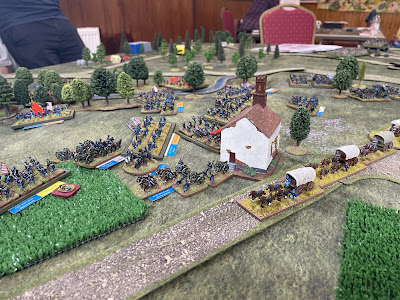 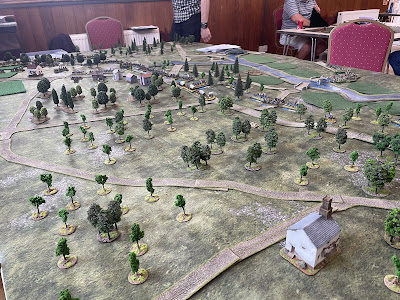 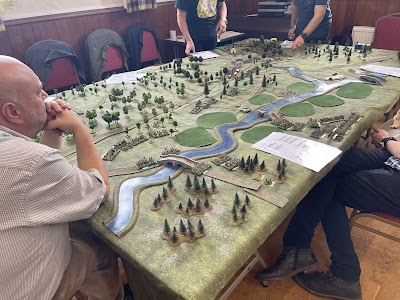 Martin contemplates the unfolding Confederate attack - and wonders why it’s not working! 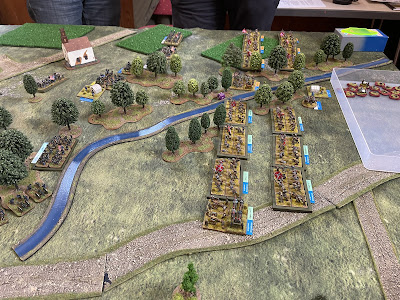 Lee’s flank attack with 11 brigades against the thinly held Union line - all they need to do is capture the road to block the escape of the baggage. 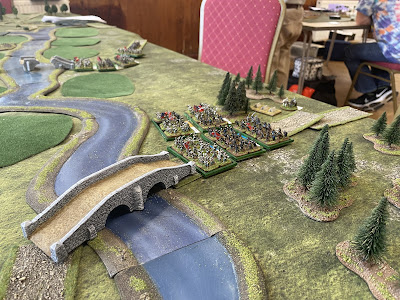 Jackson’s units attempt to cross the river via the bridge 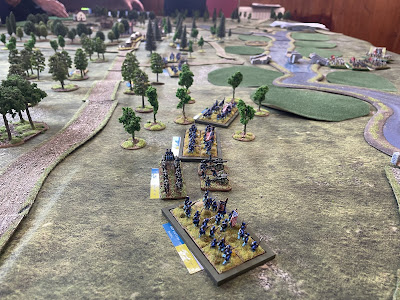 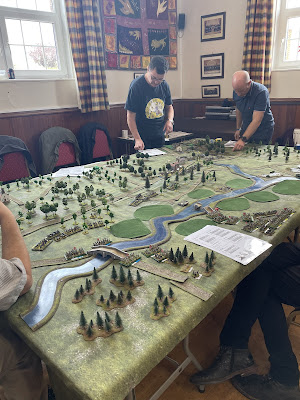 Ian and Stig battle it out - Union dice were hot, CSA were not . The Rebs called it a day on turn 5 of 7 , where they could just not get through the Union divisions - and the Union baggage was heading off table .
Another good game . The Rebs could and should  have won on turn 2 or 3 as they easily outnumbered the defending units - but a turn of incredible defensive dice made the difference .
We had 10 of us at the club meet - a record day . It was good to all meet up
I am finally starting to get back to a little modelmaking and painting . I sustained an arm injury in January that is only just recovering - so it’s good to get back to it - nothing completed yet .